On my first visit to Mr. Junedi’s home, a piece of furniture sitting in the corner caught my eye. It was a small cabinet that he had painted with bright colors and whimsical patterns that reminded me of something familiar. 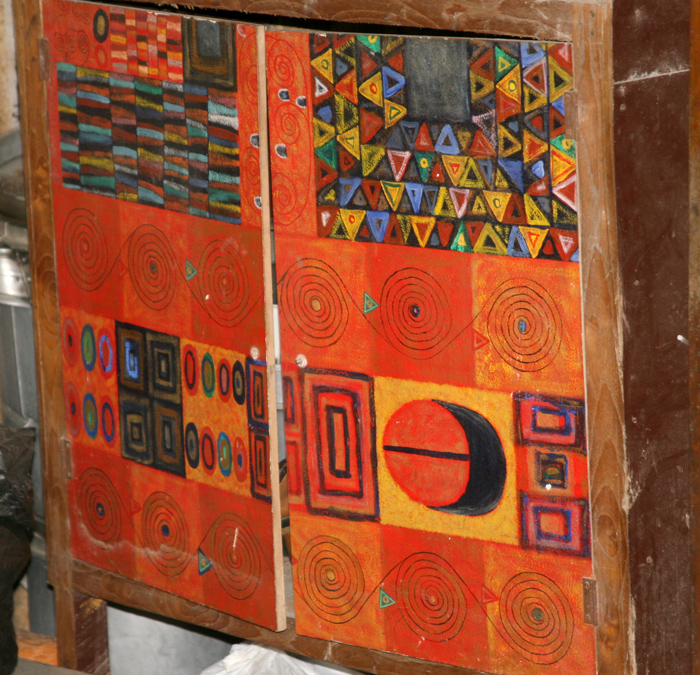 It looked like the art of the symbolist painter Gustav Klimt. It struck me that the works of an Austrian artist from the early 1900s could influence someone living in 2015 Indonesia. He told me that he was inspired by a book of Klimt’s work that he found. And he began to paint.

Junedi felt captivated by the textures, patterns and colors he saw in the works of Gustav Klimt. The organic forms swirling around figures of women seemed dream-like. And the richness of the golden paint captivated his imagination. He wanted to mimic that richness and whimsy in his own works. Sometimes, the creative process is sparked by an unlikely connection that is not limited by location or era. 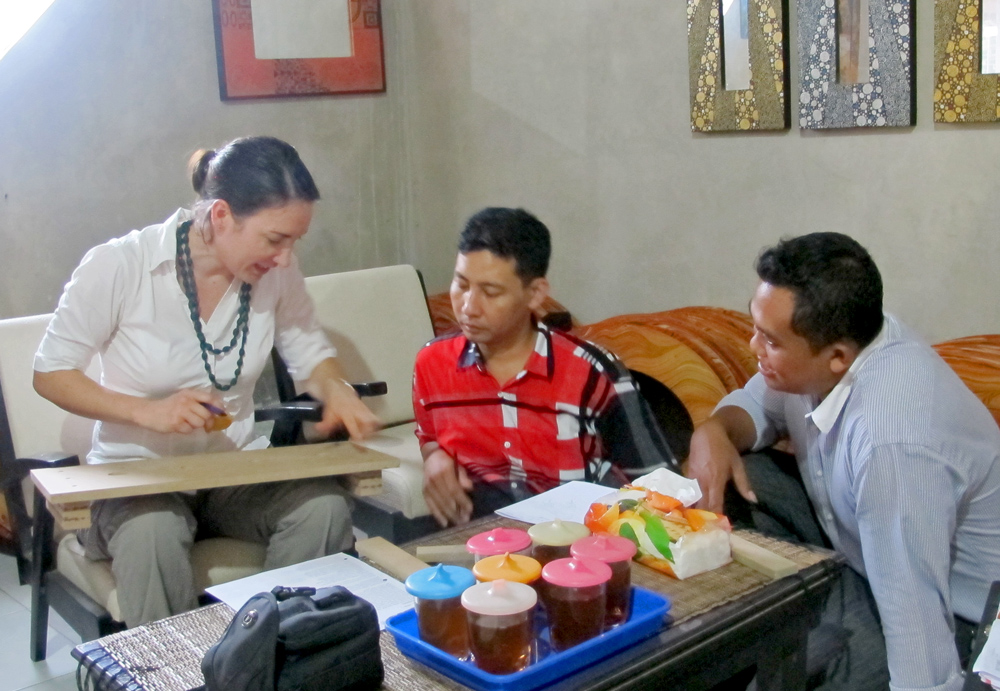 Back in the U.S., I couldn’t stop thinking about that piece of furniture. For months, I thought about it. So I finally decided to ask if he could paint a mirror in that same style. It took a few rounds of design development, but finally, we reached a product that I thought would appeal to the American consumer, while still holding true to the authenticity of the original piece Mr. Junedi had created. We crossed our fingers and released it. 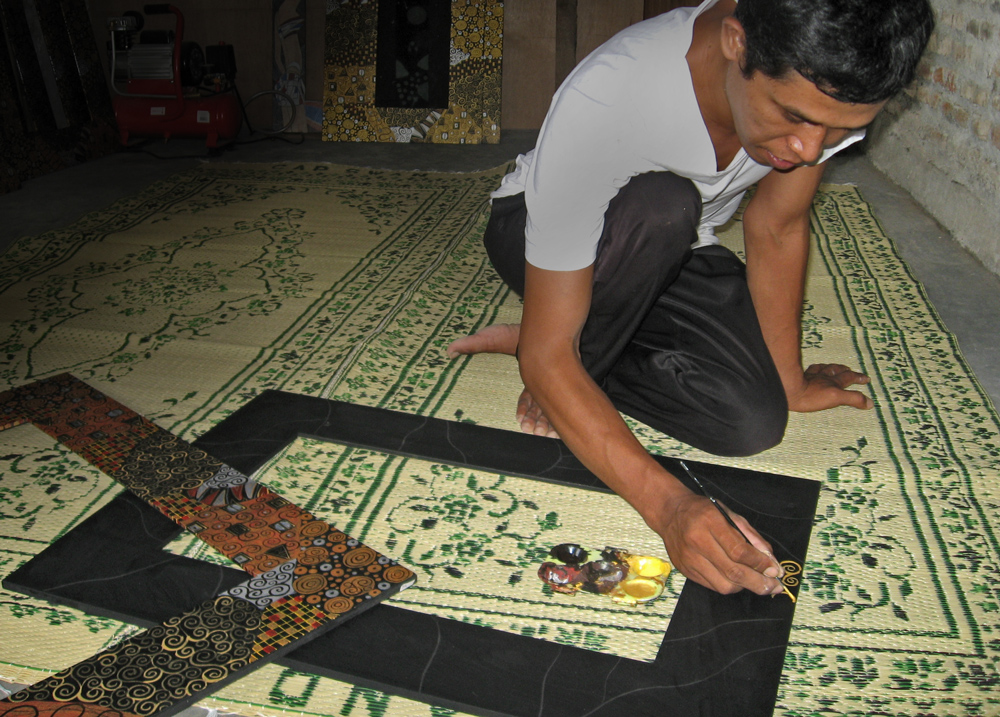 We were so excited that the mirror seemed to be popular. I was so happy for Mr. Junedi. We decided to develop a wine board as well as a set of coasters to fit the wine theme, as accompanying pieces. The wine board, meant to hang on the wall as a functional piece of art, turned out to be an intense engineering project between me, other members of the Purchasing team, and the makers at Apikri.

Many of the buyers were traveling at that time, so we worked on construction logistics while we were spread all across the globe! Mr. Junedi was finally able to find just the right sized drill bit (down to the exact millimeter) and make holes at just the right angle to suspend the weight of a wine bottle. The completed product is stunning. 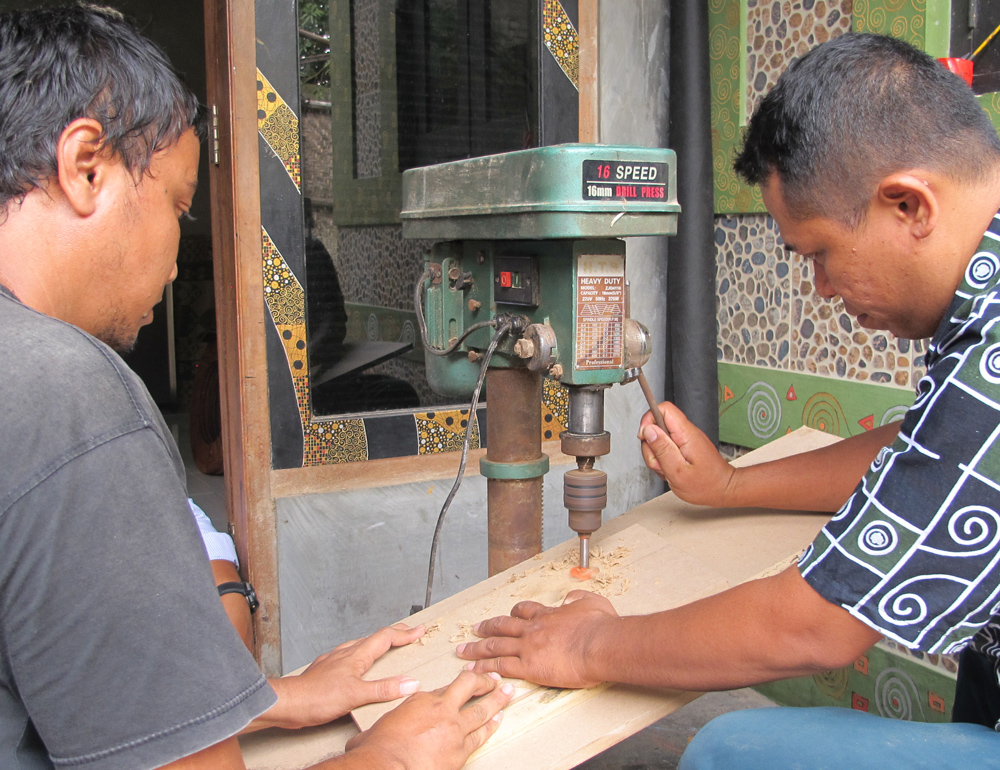 It’s amazing to think that each of these products began over 100 years ago with an Austrian artist, and came to life through a found book, and a gifted maker: Mr. Junedi. 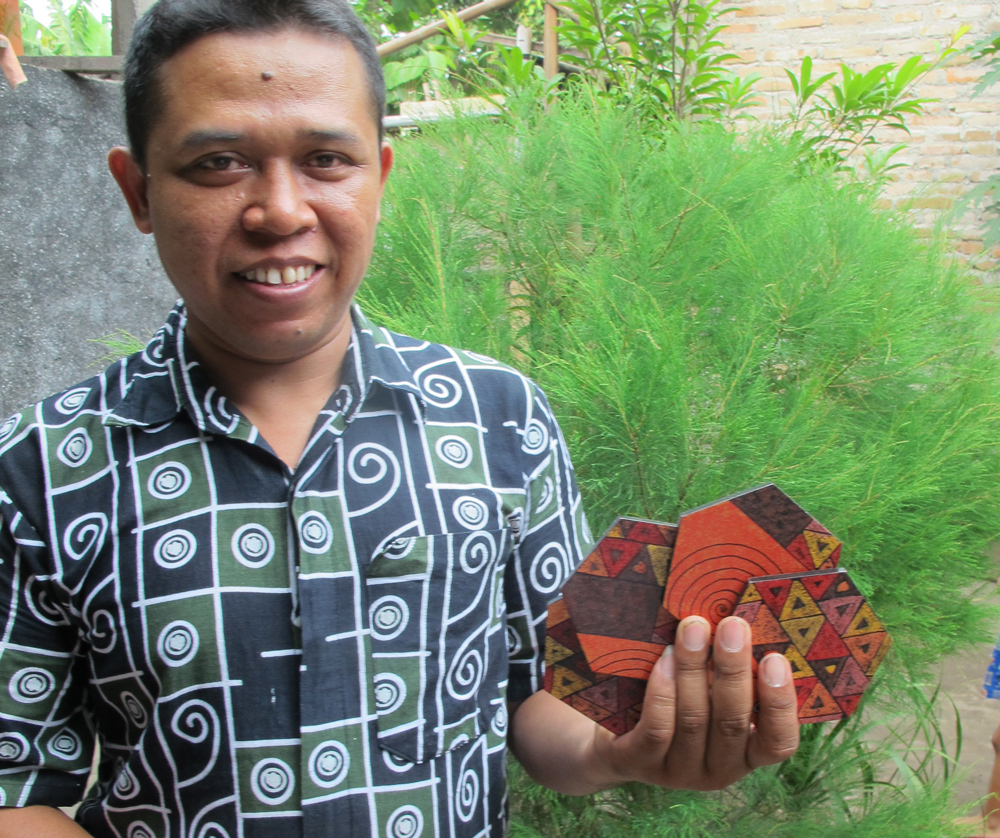 This story was written by Dalaiah: former Ten Thousand Villages buyer for Cambodia, Vietnam, Indonesia, Laos and the Philippines.