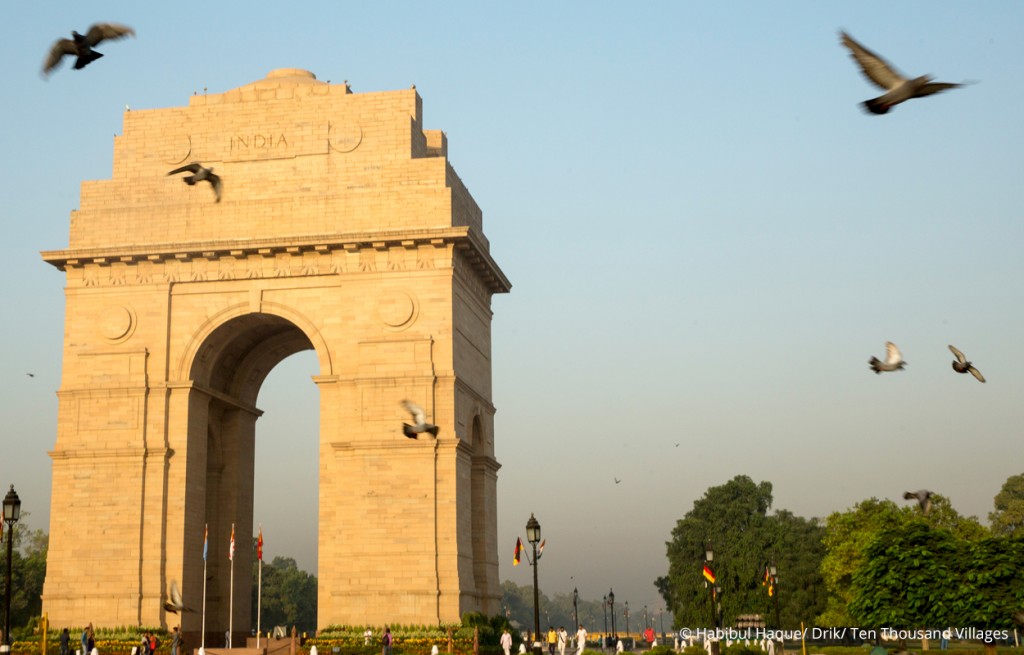 An old world civilization with a long history of rich art and culture, where architecture from the Mughal Dynasty is so ancient, yet so astonishingly elaborate that even the most modern visitor can’t help but look in awe. 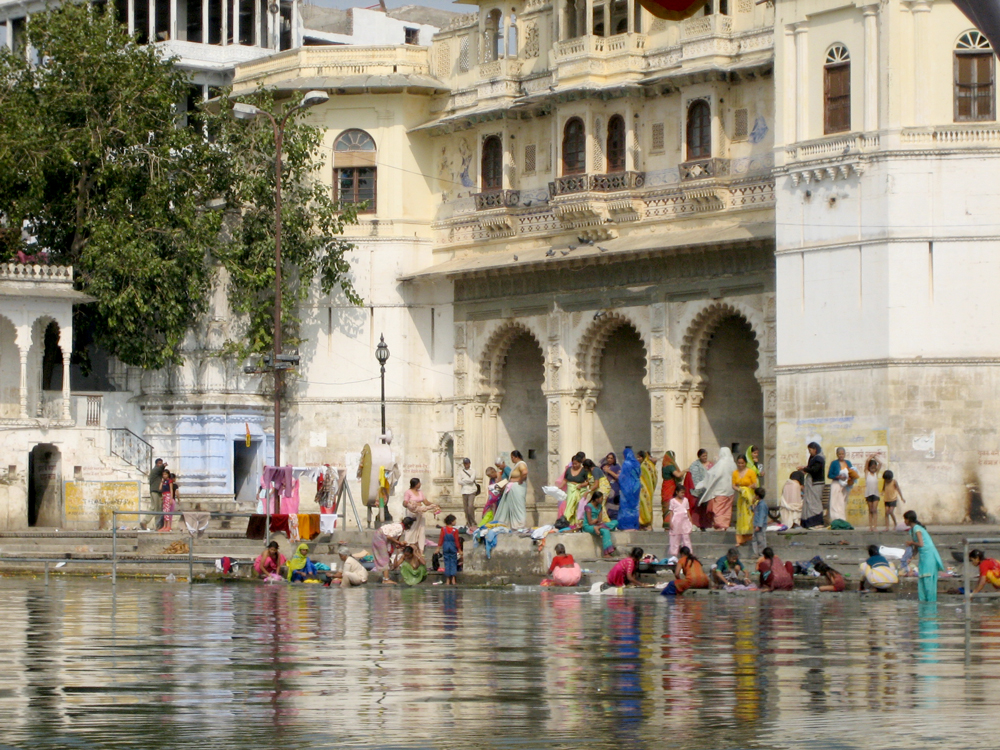 Those of us who have never been there can conjure colors and flavors associated with the place: ornate gold patterning, flowing sari fabric of hot orange and pink. Mangos, coconuts, monkeys, elephants, incense, spices, and spires. There are so many beautiful things here that, together, transform the name into an experience. 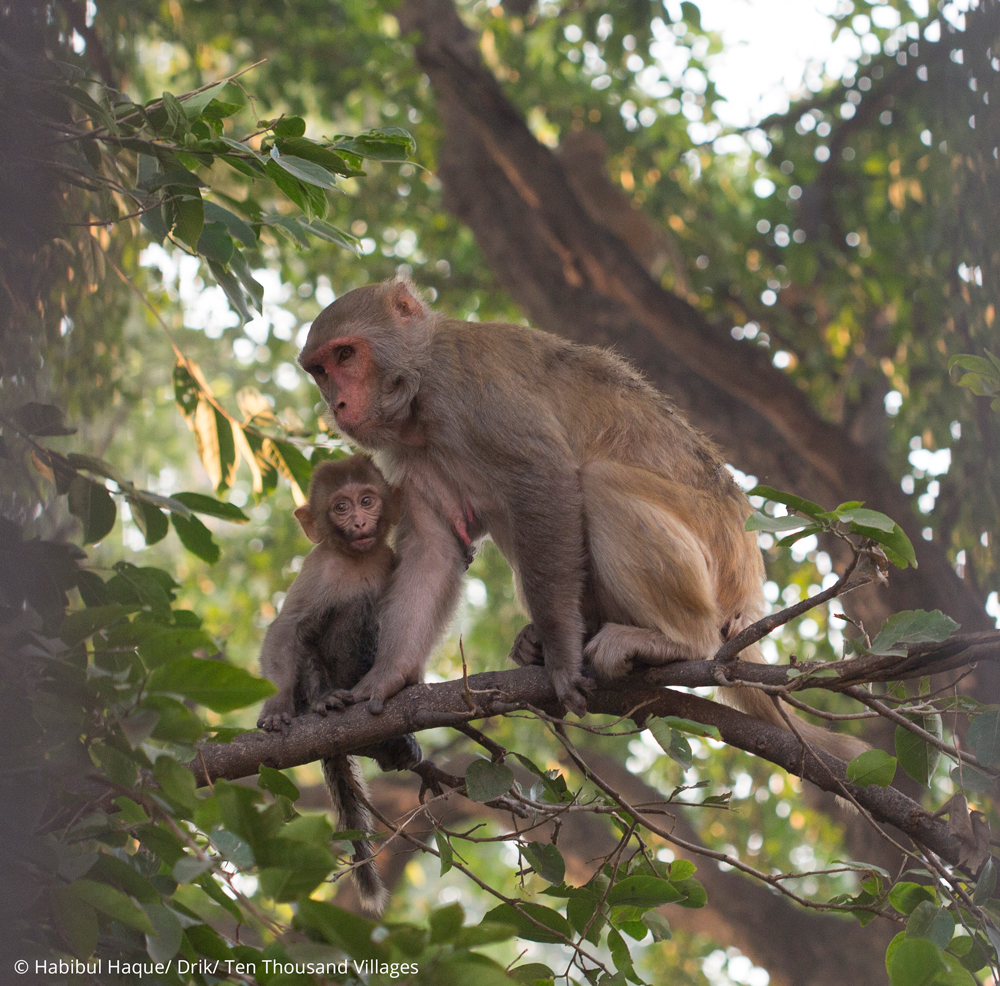 In the Southern state of Kerala, banana trees are weighed down by their heavy bunches of fruit, and fish are plucked from the sea. The tea region of Ooty is cloaked in heavy mist; its tiered landscape spotted with tea pickers—sari-clad women who slowly make their way down the mountainside, gathering some of the highest quality tea leaves in the world. 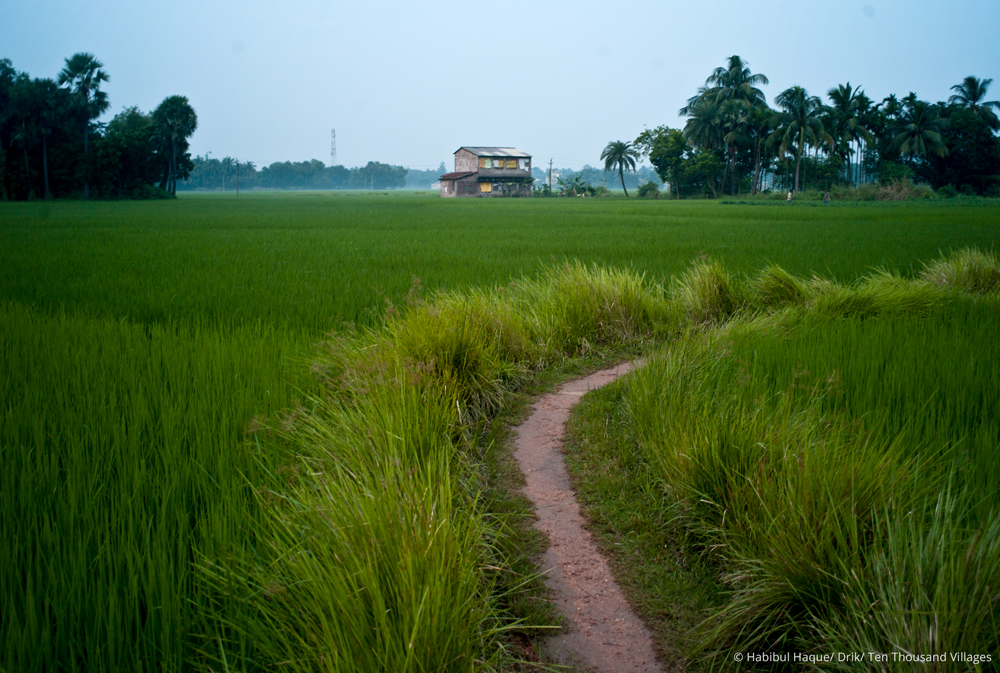 Traveling away from tranquility and into the cities, nothing is subtle. There is intensity in every moment, around every corner. From erratic traffic patterns to monsoon rains. From the brightest colors to the spiciest foods, every sense is filled to the brim. Every detail is embellished, from murals on the ceilings to the gems on the ears of women. 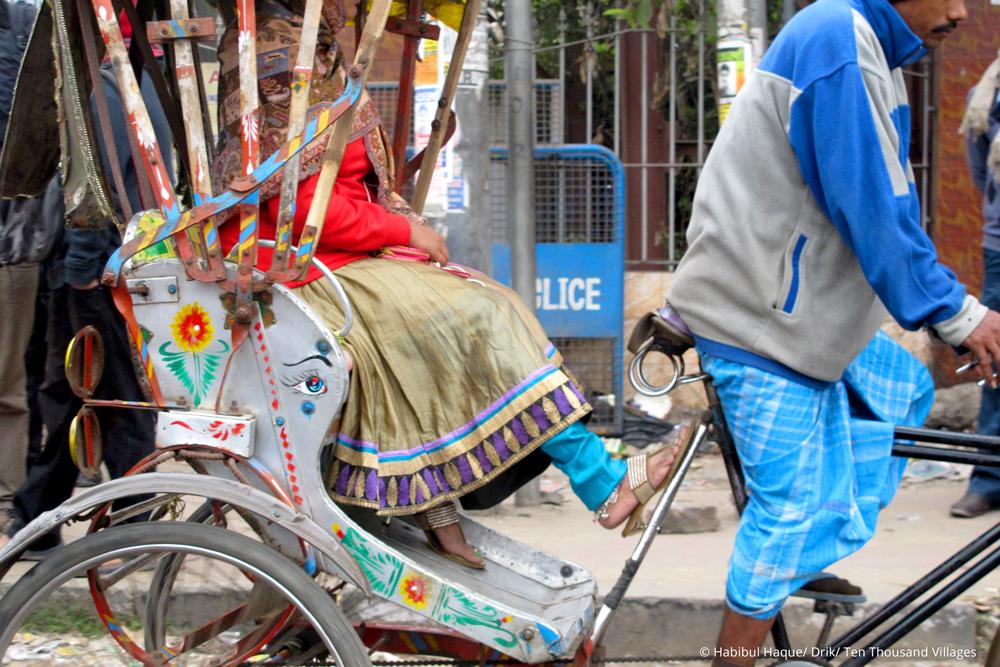 Mosques sound their call to prayer, while church bells chime, and the Hindu doctrine offers its practitioners millions of deities to identify with. 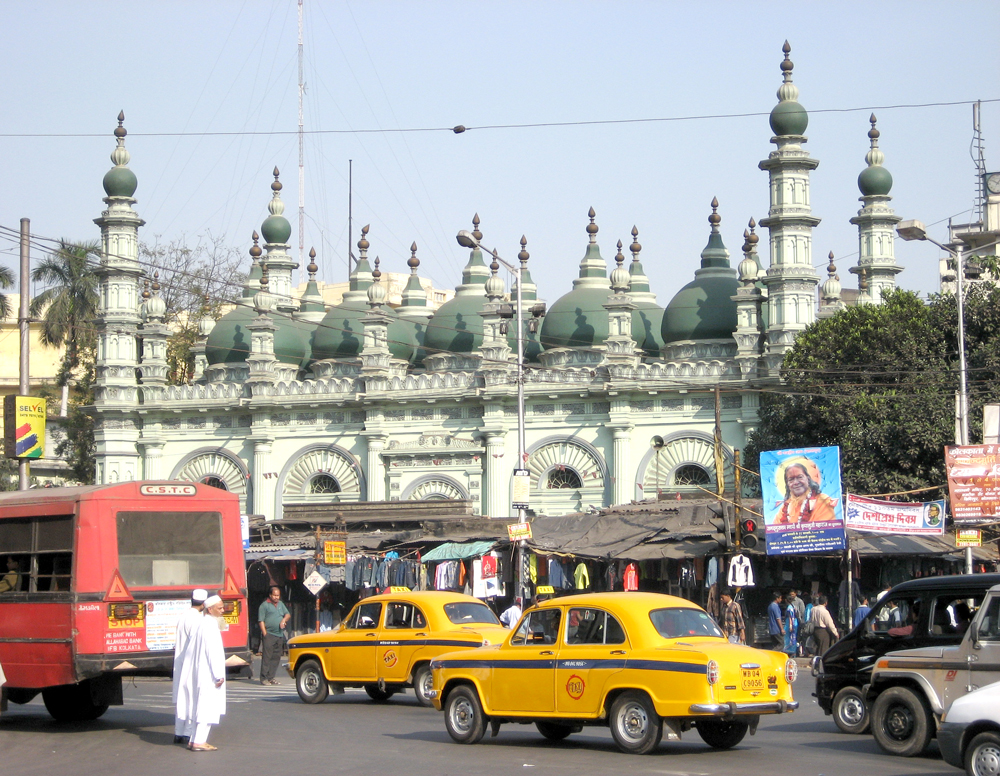 Street festivals are frequent and elaborate. From live cobras to trances, the people seem fearless as they display their tradition, processing through the cities. And each year, Holi (the festival of color) brings even more pigment to the scene. Holi is a Hindu celebration that takes place in spring and signifies victory of good over evil (spring over winter). It’s an experience that every person shares together, regardless of their gender, age, class or creed. On this day, every person becomes one mass of living color that spans throughout the country. There is joy and pride in this life and in this culture. 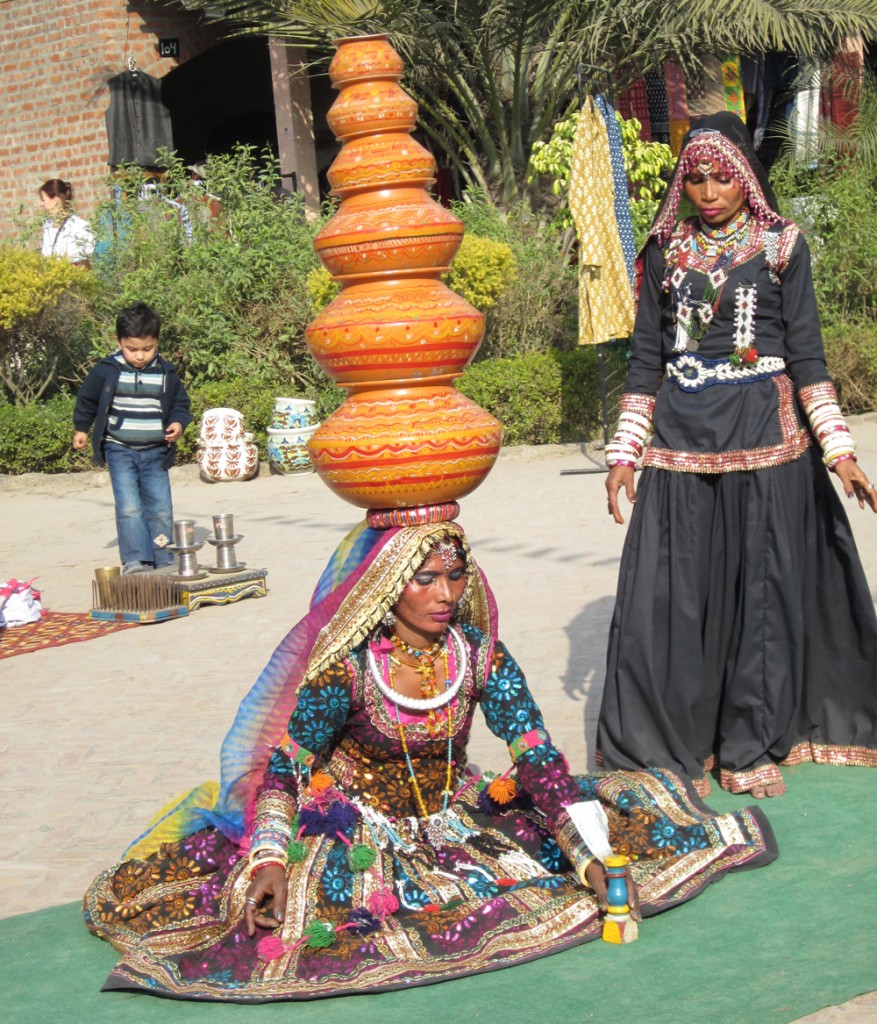 But a country this large has so many differences too. Languages change, seemingly in every region, so international communication of smiles and kindness are important. This kindness is shared with a greeting of, “Saptacha,” a Hindi phrase as common as we might say, “How are you?” but the literal translation is, “Have you eaten?” Because sharing food, too, is universal. It’s important, just as much as sharing tea—which is sold in booths everywhere by chai wallahs, or tea vendors who carry their kettles and cups through the narrow train car aisles singing, “chai, chai, chai…” 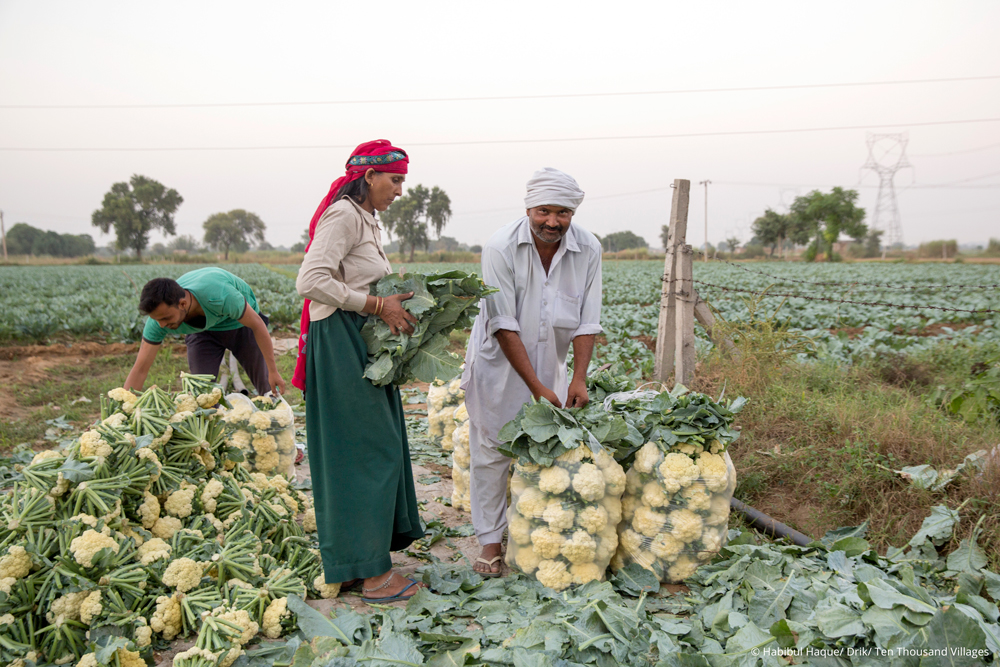 Cuisine in the South is characterized by rich and creamy coconut, making for milky curries with bright yellow shades of turmeric. Lentils are stewed with mild spice for daal; while Northern states adopt the Himalayan style of cooking, where flatbread is baked in clay ovens and chicken is charred, like you might find in Nepal. Chocolate desserts often include rosewater, giving them a distinct perfumy flavor. Or there’s Payasam—a kind of rice pudding, and kulfi, which is similar to ice cream. But in this country where electricity can be cut at any moment due to the government’s efforts to save money (called “load shedding”) an outing for ice cream can quickly turn into a group of strangers sitting in the dark, with only the use of battery devices for illumination. In these moments, it’s all too clear that infrastructure needs a lot of improvement. 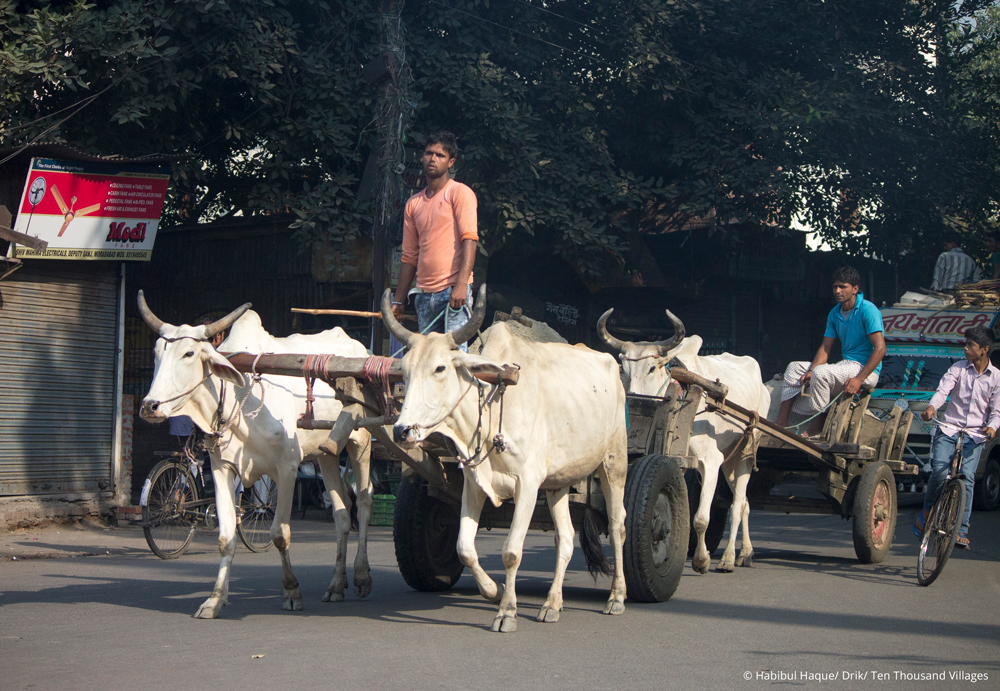 Kerala has made efforts to tame the wild street traffic by installing the country’s first stop lights, but for many years, people refused to yield. Motorized rickshaws zoom in tight spaces between busses, bicycles, and even livestock, that all share the same road. 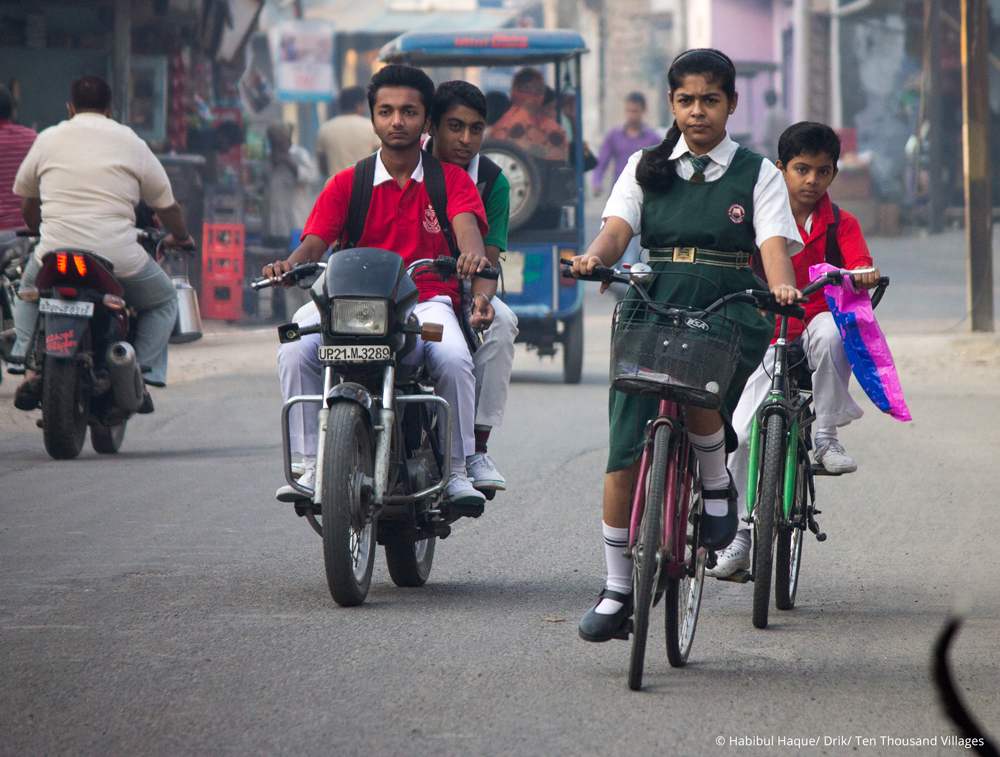 After a while, it becomes apparent that the incessant car horn noises are not out of anger or emergency, but rather are a courtesy to every surrounding driver, alerting them to their maneuvers. Driving is done as much with the ears as with the eyes. 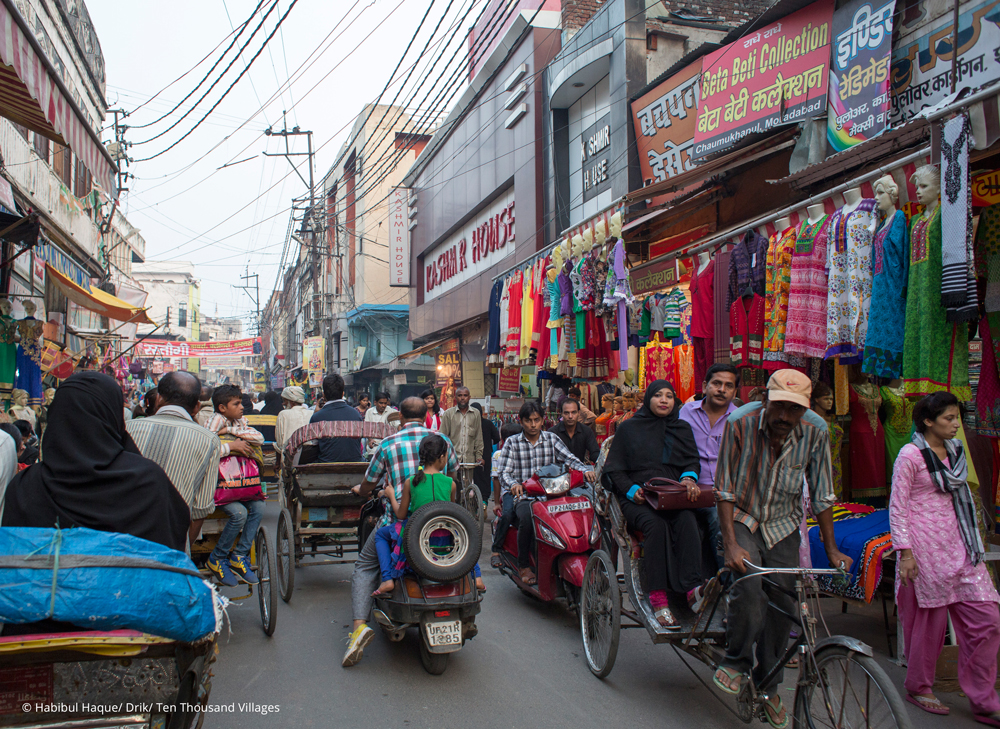 Calming the chaos of the streets will take time, but while some things seem unorganized, tiffin deliveries run smoothly, on time, every day—bringing hot lunches to people at work, like clockwork. What looks like a precarious arrangement of tins stacked in random order on top of a rickety cart is actually an organized system with colored markings that ensure that each lunch reaches its intended recipient. And each is filled with a homemade, healthy lunch, usually filled with vegetable stews and rice. 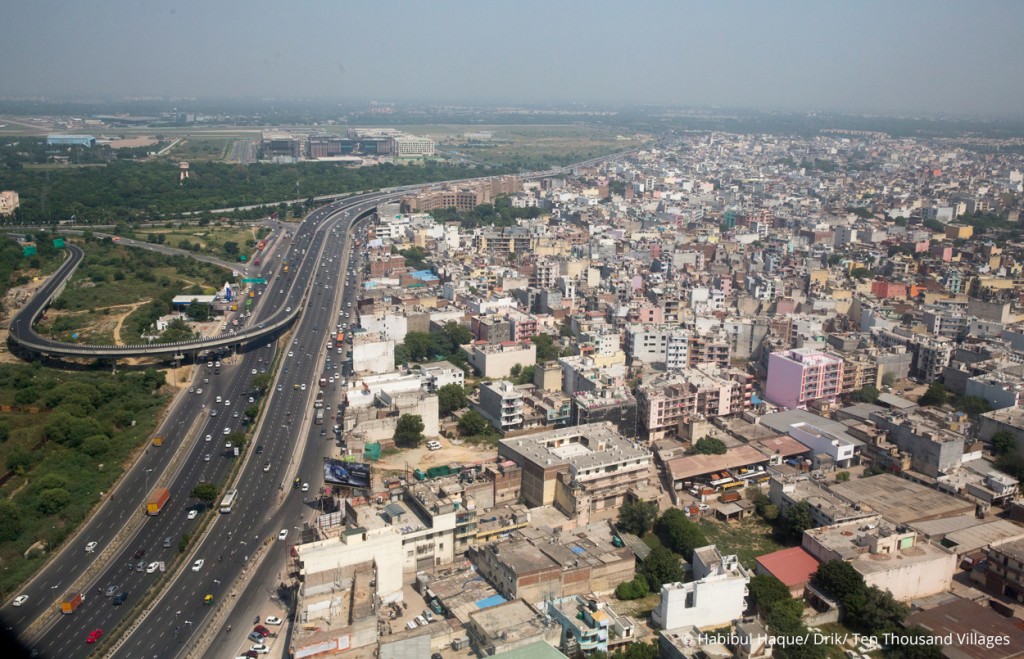 Moving north, cities like Chennai embrace fewer modern luxuries, and are faced with more poverty. Slums in this city (and others like it) have no electricity or clean water. There are no sewer systems or organized trash collection, so people live amid piles of garbage. 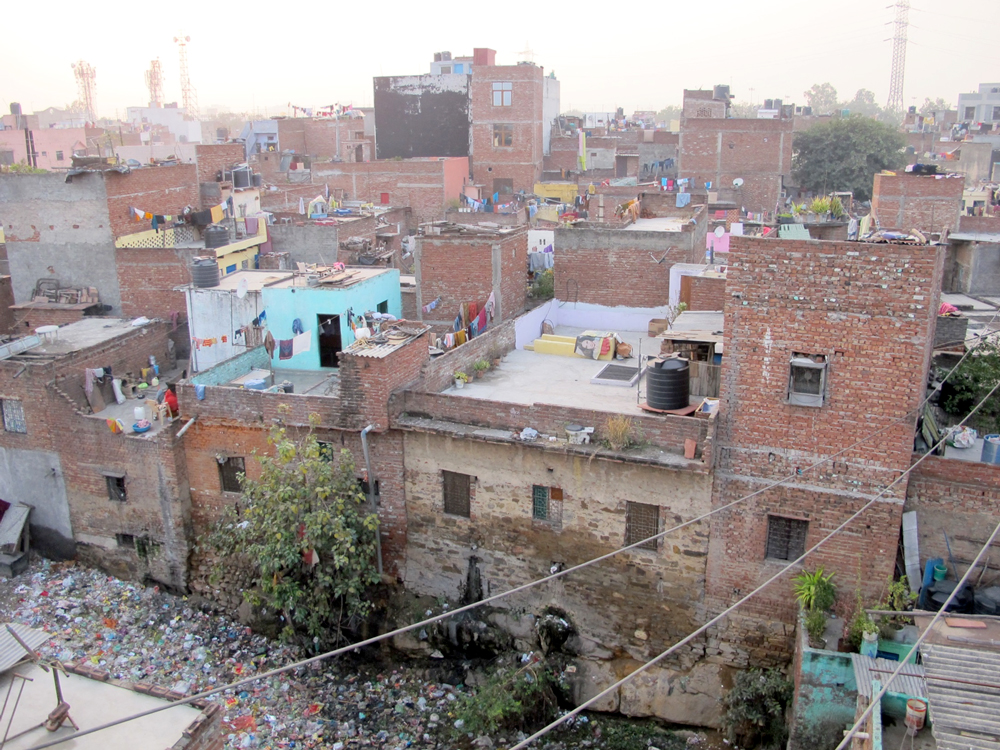 But while there is so little material wealth, there is still joy. Even women whose husbands have left them with nothing find a new sense of hope here in shelters where they are taught to love themselves and they learn about human rights. Slowly, some women recover from lives of sex work to learn new skills and feel valued by society. In every darkness, there is light, and the light shines especially bright in India. 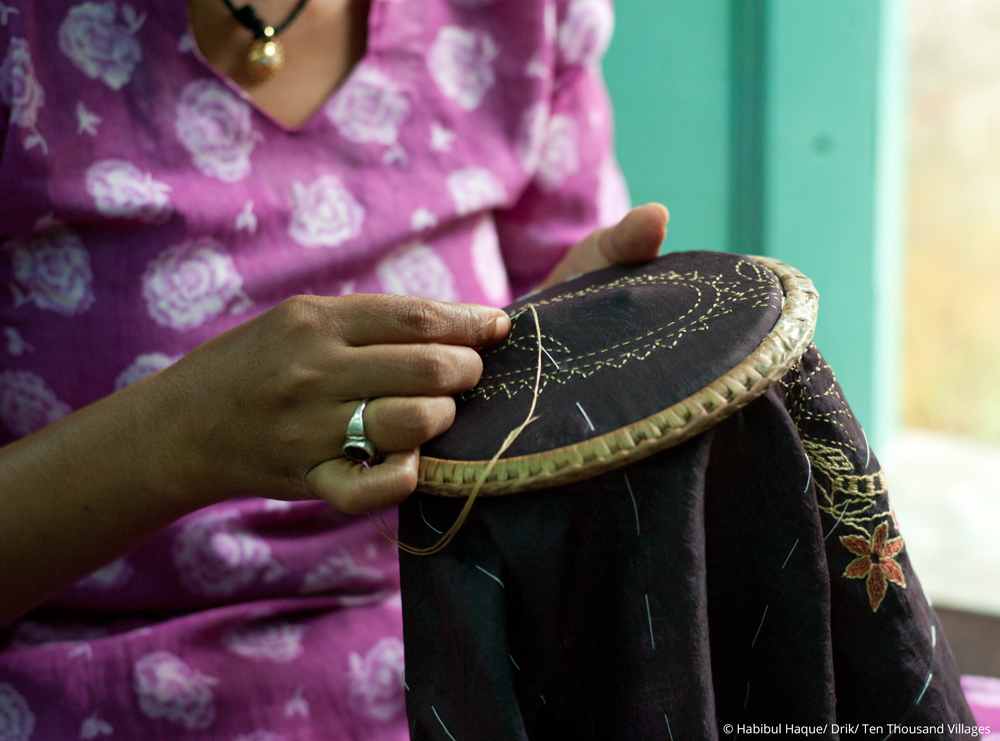 Education is important in teaching both women and men the skills they need to create better lives for themselves and their children. In some places, the village itself is linked with craft. Embroidery or metalwork that has gone on for generations—taught from mother to daughter, father to son. But in other places, craft must be brought deliberately, as a means for people to find a clean and safe space amid the chaos. 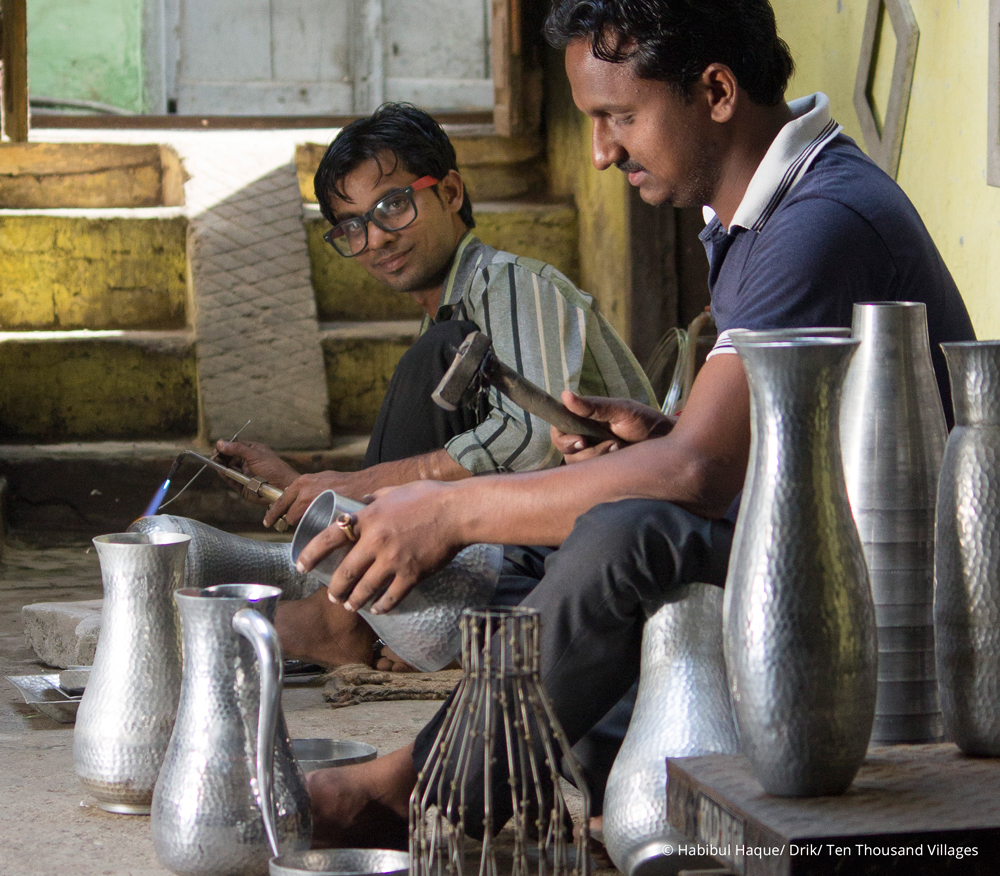 The TARA Projects artisan group aims to do just that. Jewelry-making is a craft that can be taught quickly to a wide range of students and lends itself well to the principles of fair trade. 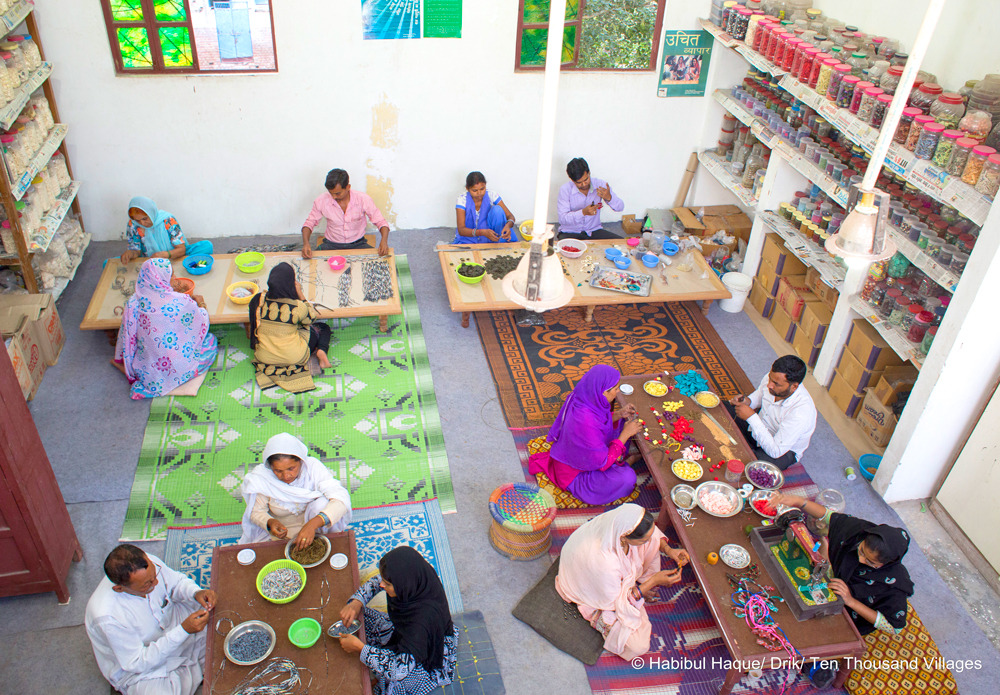 Khajuri Khaas is a squatter’s settlement in the eastern part of Delhi, and this is where Tara Projects set up the KB Crafts jewelry workshop. The workshop is an oasis in this area with very few services. The contrast of the poverty outside is set against the clean and organized workshop, where jars of colorful beads line shelves along the walls and visitors are greeted with warmth and smiles. Women and men sit on colorful rugs, working side by side at low tables, putting together creative and unique jewelry pieces. 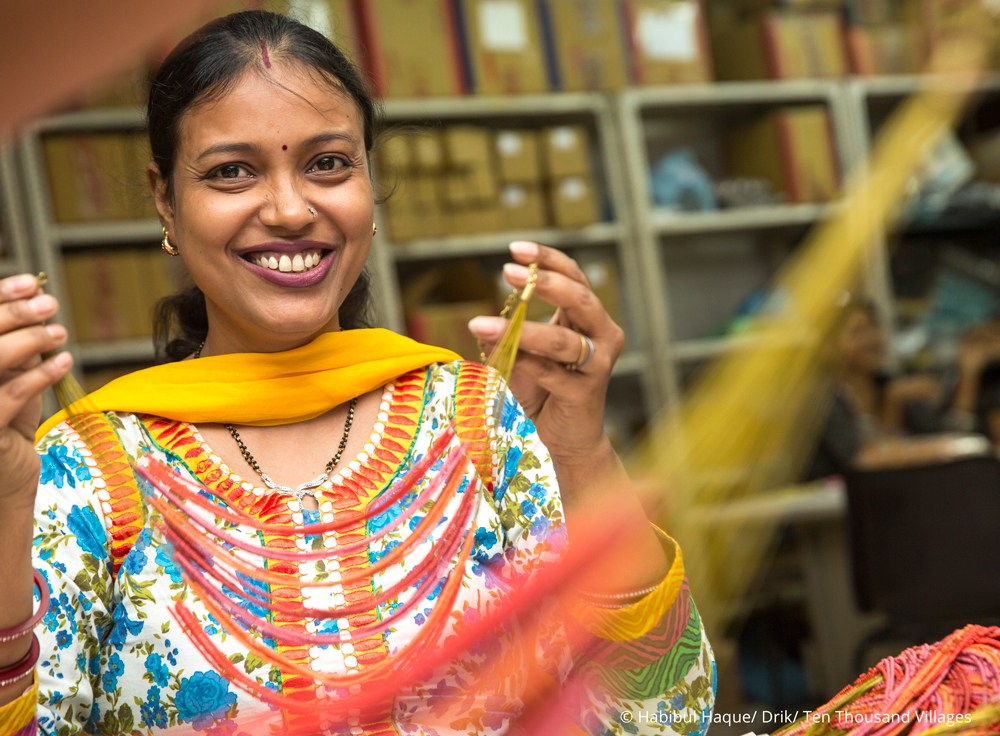 Employing only 14 people in a slum of 45,000, there is still a long way to go for poverty alleviation, but it is a first step for change in this community—bringing education and healthcare directly to a neighborhood that the government will likely never get to. This is just one example of local people taking charge of their own lives to improve their situation, fueled constantly by undying hope. 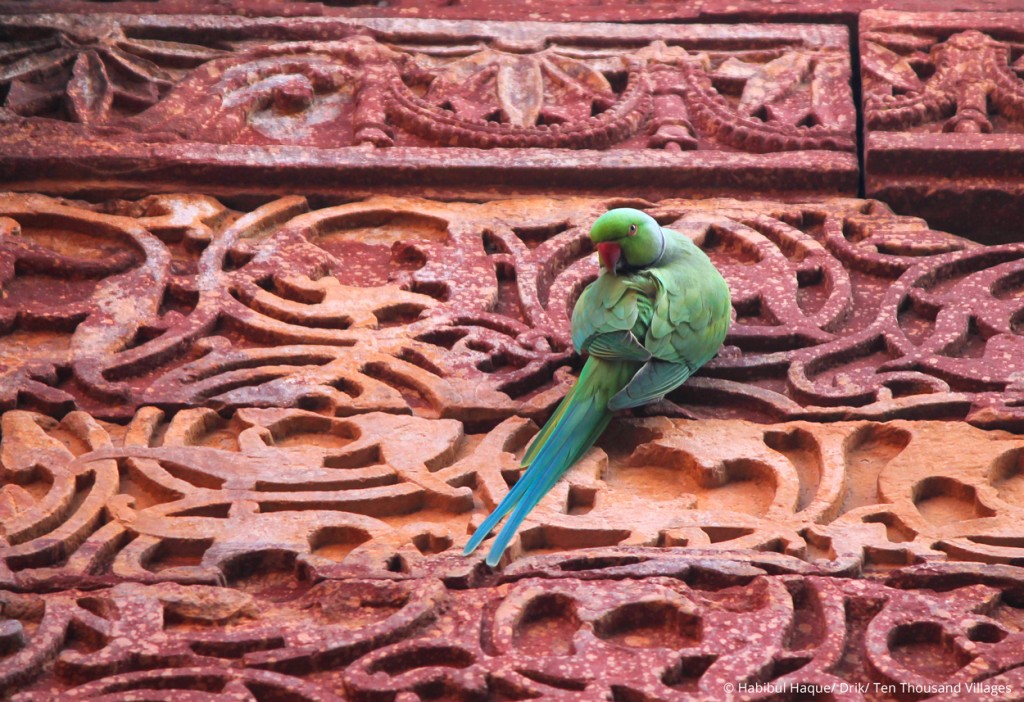 Natural beauty, ancient buildings and new social initiatives. Here, there are traditions, flavors, sounds and sights that cannot be found anywhere else in the world. This is India. 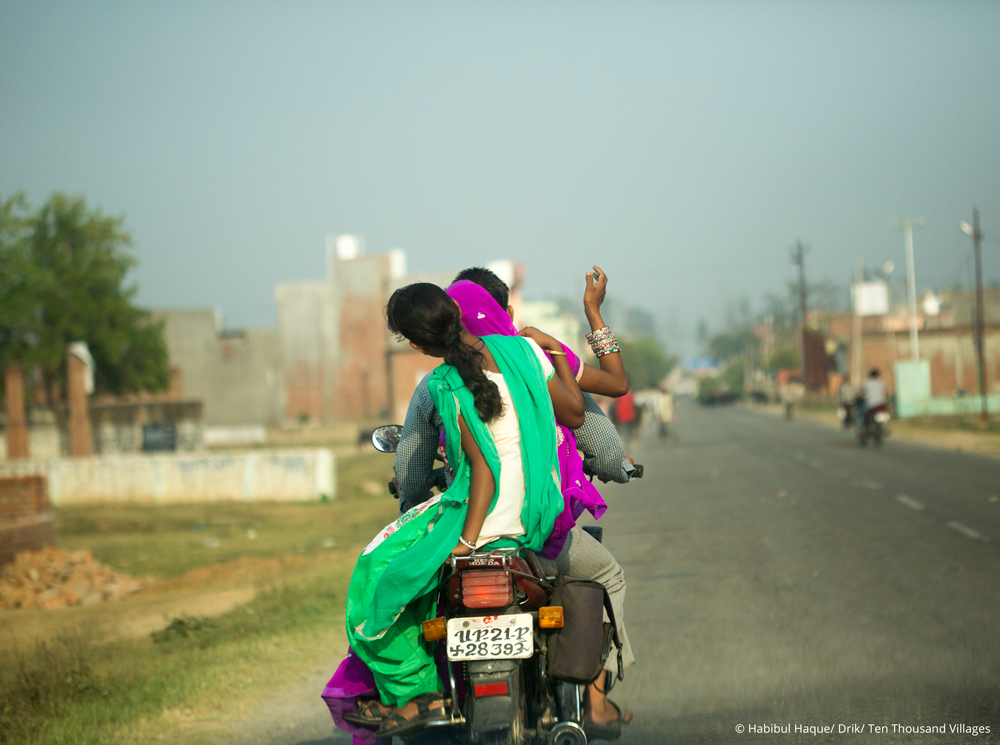