My experience at the café wound up being perfect in more ways than I expected. Not only were all my co-workers close to my own age, but they also turned out to be some of the most amazing people in town (and the universe).

After college, I experienced that same stagnation that I imagine most people encounter. I’d seen The Graduate enough times to know that it was normal, but that didn’t make it any less frustrating. Returning to my hometown of Lancaster, Pennsylvania delivered all the comfort and familiarity that I had missed so much while I was away at my liberal arts college, nestled in the woodsy nook of Westchester, New York. 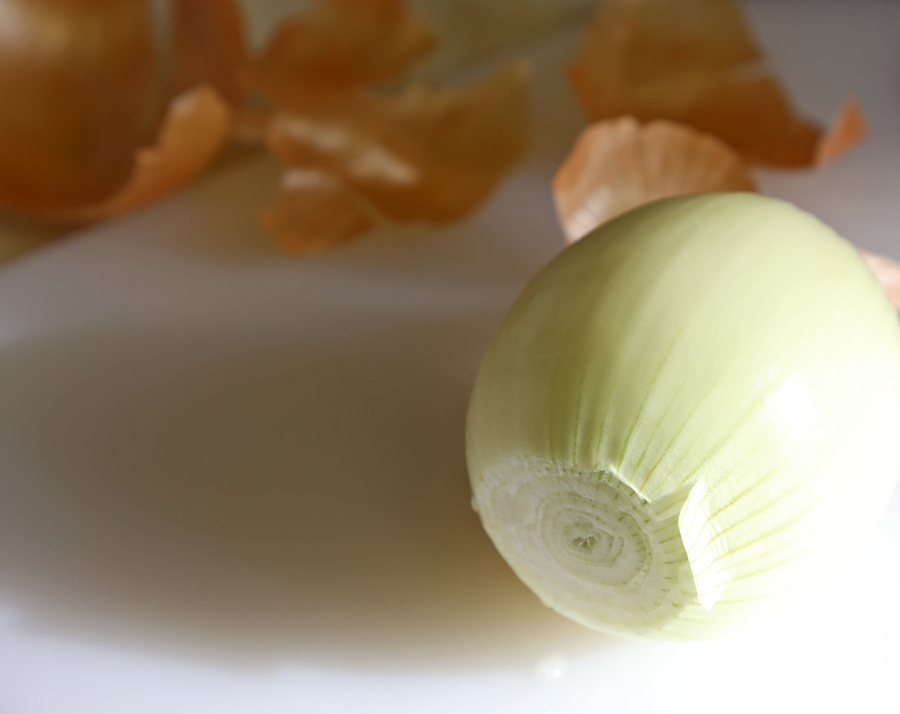 The smell of manure (which I had grown to love) still hovered over the stretches of corn fields. Amish buggies still blocked traffic with their slow click-clack of hooves on pavement. But the truth was that time indeed had passed, and a lot of things were different. Most of my high school friends had moved out of town—found jobs in their fields in the cities where they studied. I wound up moving back into my parents’ house (after having kept my own apartment for two years) and was unemployed, struggling to stay productive by writing poems and short stories—frantically sending them to publications in the hopes of finding some validation that I had some kind of gift.

But rejection after rejection can really wear on a person, and I wound up staying up all night, watching TV so I could sleep all day and avoid interacting with other people as much as possible. It wasn’t healthy. Suburbia can feel a lot like a prison when you’re in your 20’s with all the drive in the world, but no way to harness it. And I was all too aware that behavior like that, patterns like that, can do some damage that can be tough to bounce back from. I was officially in a rut not unlike those left by the steel wheels of buggies that I had missed so much. So I applied to every job under the sun, with much the same response as I got for my poems: “You’re just not the right fit for us right now.” 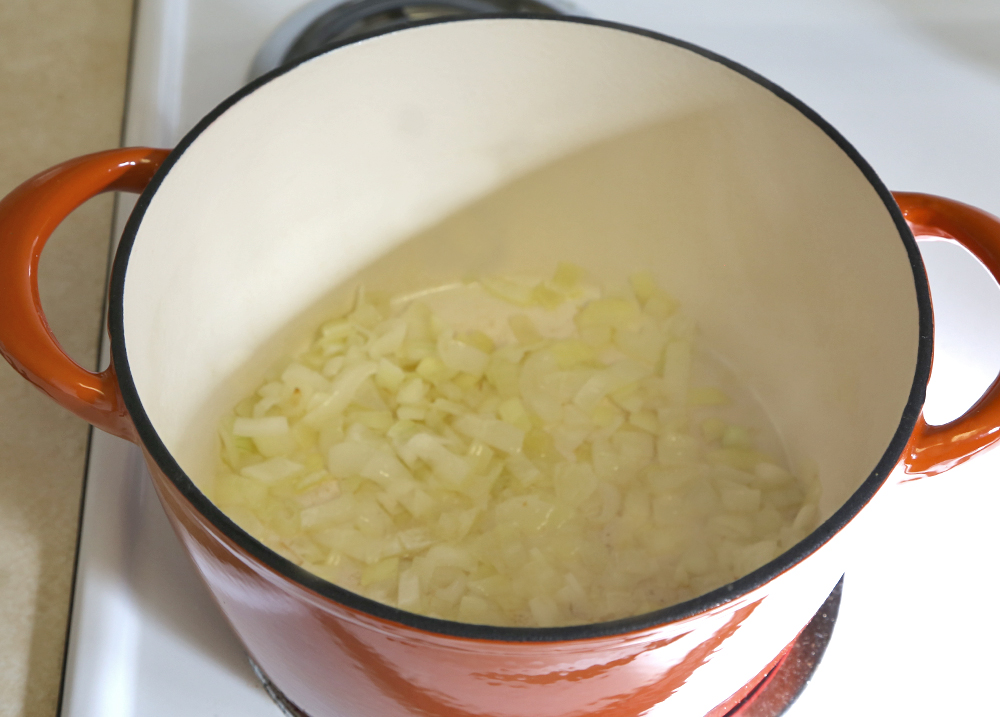 A lot of time passed this way. A whole year, in fact. I started to feel like I’d made a huge mistake by choosing a major in Creative Writing, by not taking internships, by not staying in New York. Examining choices this closely and fantasizing all the different outcomes, if only I’d made different decisions—it can lead to a lot of unproductive guilt and regret. But they say that everything will work out in its own time. And just as I’d begun to reach my wit’s end, I heard from a friend of a friend that a job opened up at this little café in Lancaster city. It was a quiet place. On the corner of a cute neighborhood with lots of trees, where people walked their dogs and read books. Lancaster is renowned for its small businesses, and this place seemed to embody that small business charm. There was a certain quirkiness there. No uniforms, no real protocol. Creativity was embraced because the personality of baristas was part of the draw. I can’t tell you how many times a customer commented on how interesting we all were. And it was true! We came from all walks of life. Most of us were artists in one form or another. 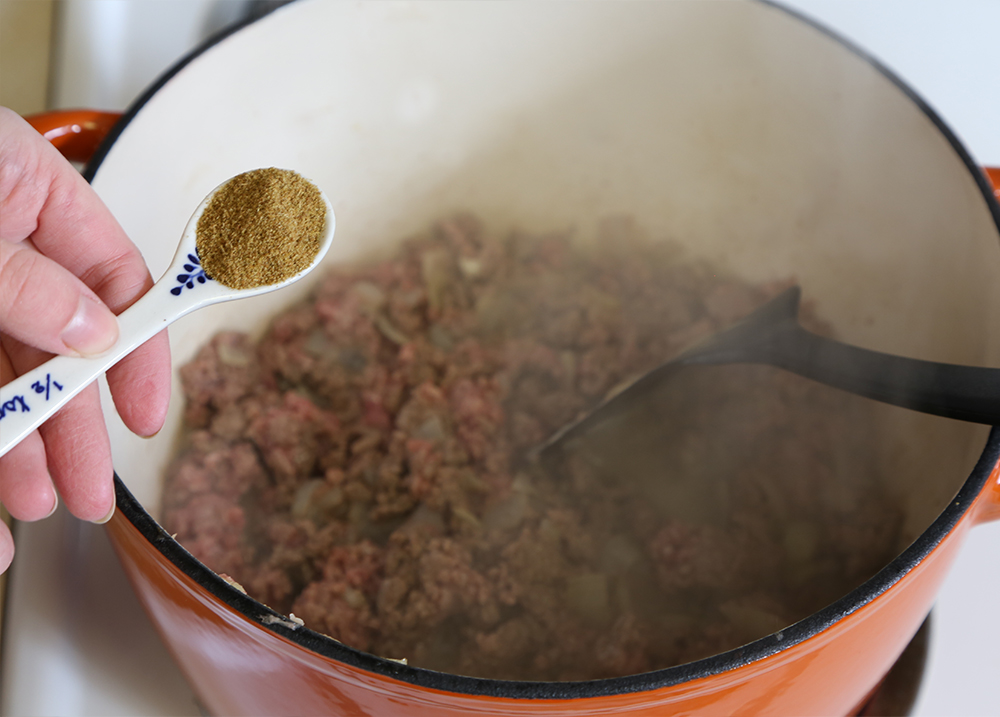 We talked about books and movies, the adventures we’d had and all the ones we still planned on having. We concocted new kinds of drinks and drew little messages and doodles on the chalkboards. It was an unconventional place, for sure—filled with a bunch of weirdos. But we were all weird together, and none of us felt like outcasts anymore. The café was our safe space where we could be ourselves. 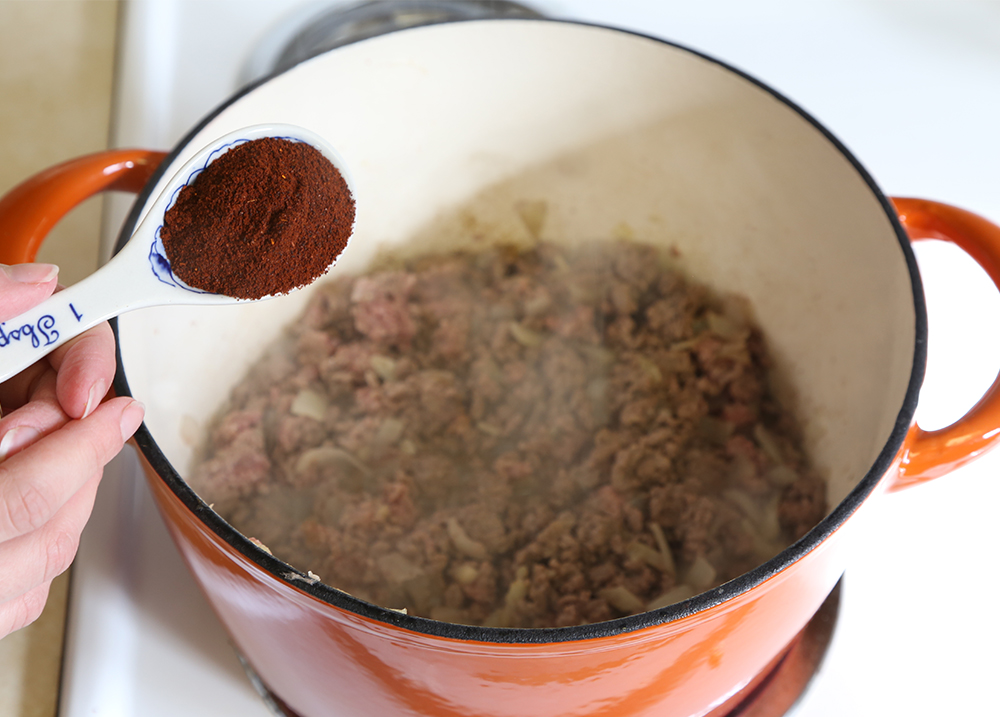 One of the memories that I will always cherish was a staff meeting that the manager held at her house—an old row-home that she shared with her boyfriend, two fat cats and a very affectionate pit bull that she’d rescued as a stray. Sure, it was a work-related thing that was meant to give us all a chance to talk about any concerns or ideas for improving the café, but it was also a chance for us to enjoy some real time together. She lit a fire in the fireplace and cooked chili… with cinnamon rolls. That was the first time I’d ever heard of having cinnamon rolls with chili! And frankly, it sounded gross. But apparently, this is not just the product of café quirkiness and creativity. There are entire regions of our country where the combination of chili and cinnamon rolls is the norm. There are magical places where it’s even served in restaurants this way! And the brilliant idea was picked up by our café manager on one of her many adventures. 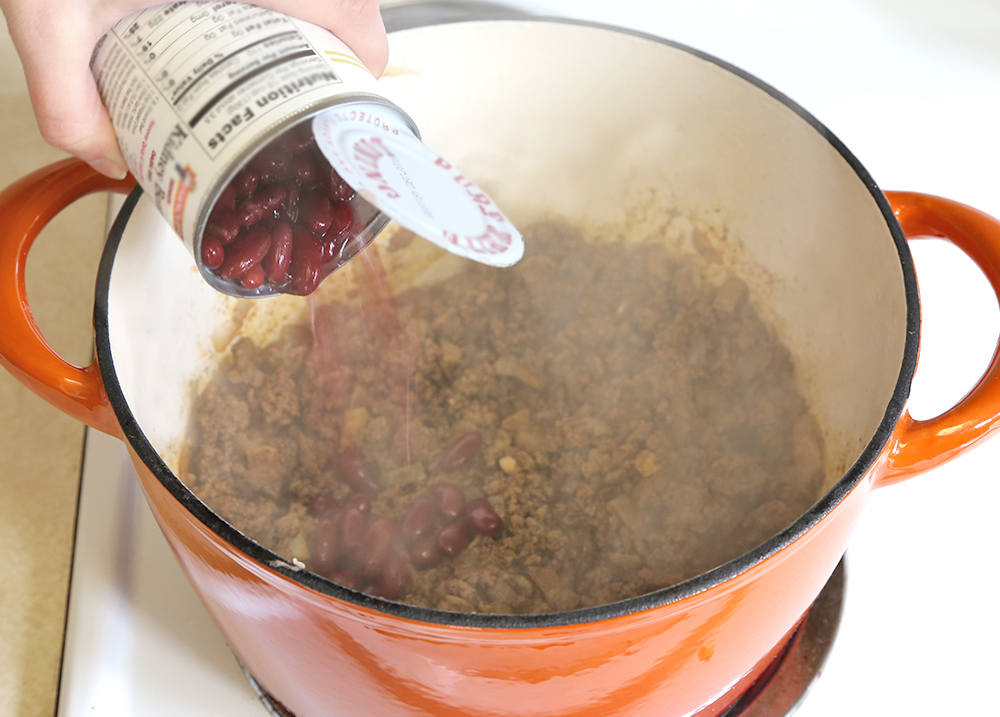 Sitting on the floor, by the fire, eating chili and cinnamon rolls, surrounded by some of the most beautiful humans I could hope to meet, I knew I had chosen the right path. I went from feeling like a loner to finding a group of people who were weird enough to pair cinnamon rolls with chili and cheap beer. 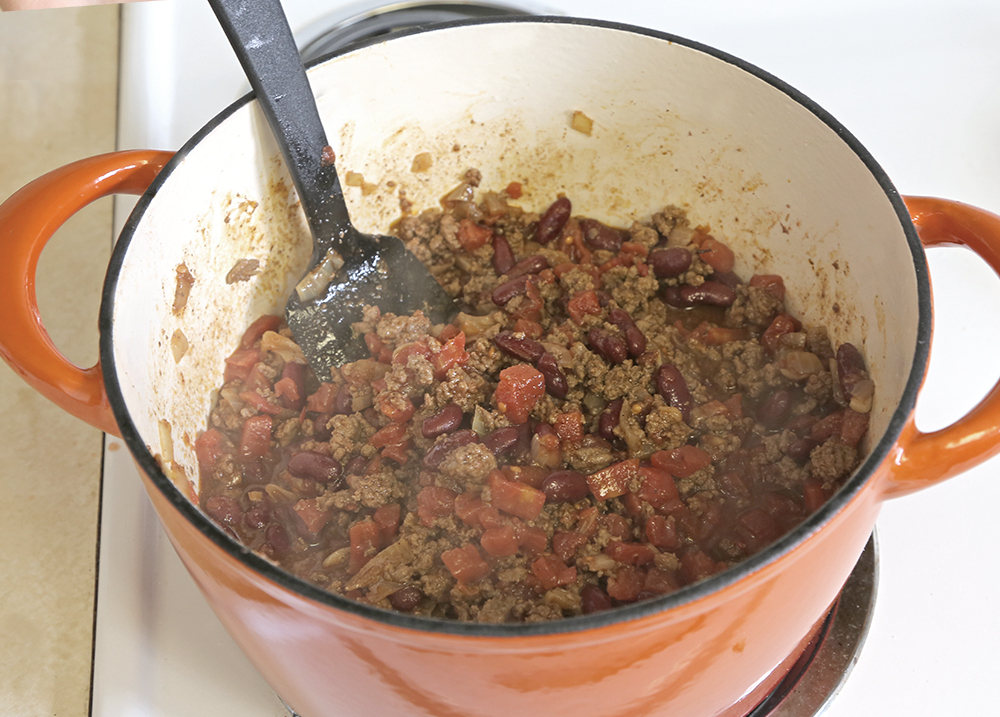 Now, every time I make this chili, I also make cinnamon rolls. It’s just one of those things that once you try it, you will forever be converted. And of course every time I make this chili, I think of my beautiful friends that I am so lucky to have met because of that job. That’s what food is all about, as far as I’m concerned: making good memories.

Heat your olive oil over medium high heat in a large pot. Once heated, add your onions and sauté until slightly translucent (about 2 minutes). Stir in the garlic and heat until fragrant (about 30 seconds).

The next step is to brown the meat. If your pot is large enough, you can go ahead and do the whole pound at one time, but if you’re making a lot of chili at one time, you’ll need to do this in batches. While the meat is browning, you can add your spices. Start with just salt and pepper, then get into your cumin and chili powder. Keep in mind that cumin is pretty potent stuff, so you’ll really only want a small dash of it to start—you can always add more later on. I tend to be a little more heavy-handed on the chili powder because it’s not very spicy at all, but has a really nice, smoky flavor.

Once your meat is all nice and browned and all the spices have opened up, you can go ahead and throw in the rest of the ingredients: ketchup, beans and tomatoes. You don’t really even need to drain the liquid from the cans. Let it simmer for a while, just to let all the flavors combine, and that’s all there is to it! It really is the easiest thing—perfect for having friends over, or bring it along to a friend’s house. 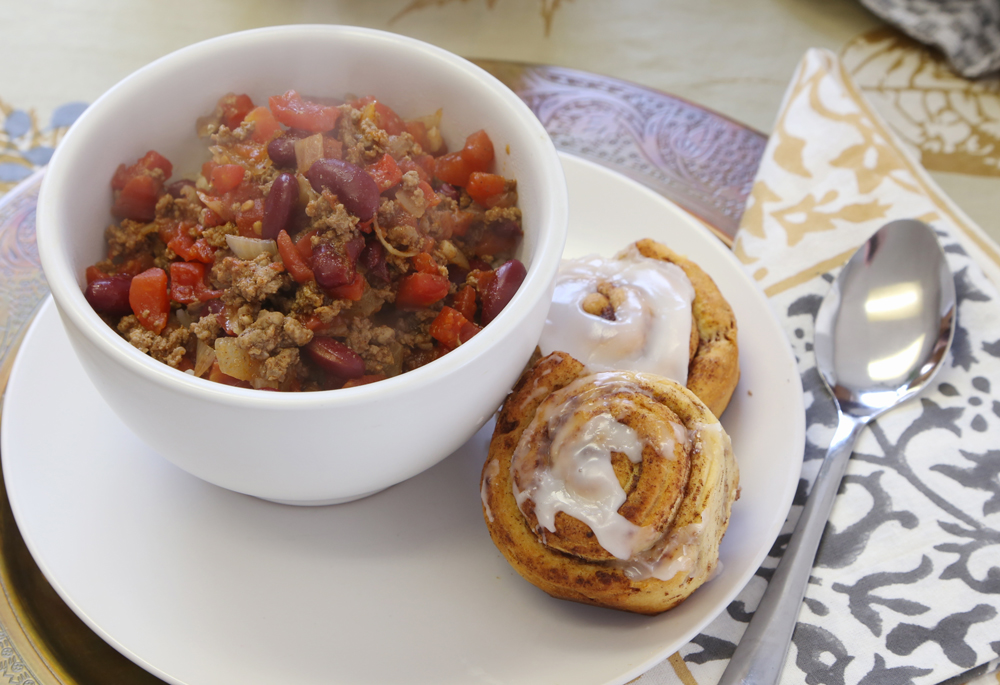 Dress it up in a chili pot, add a dash of sour cream and serve over rice for an impressive presentation that’ll stick to your bones. No one will ever guess that it took you less than 30 minutes to make. 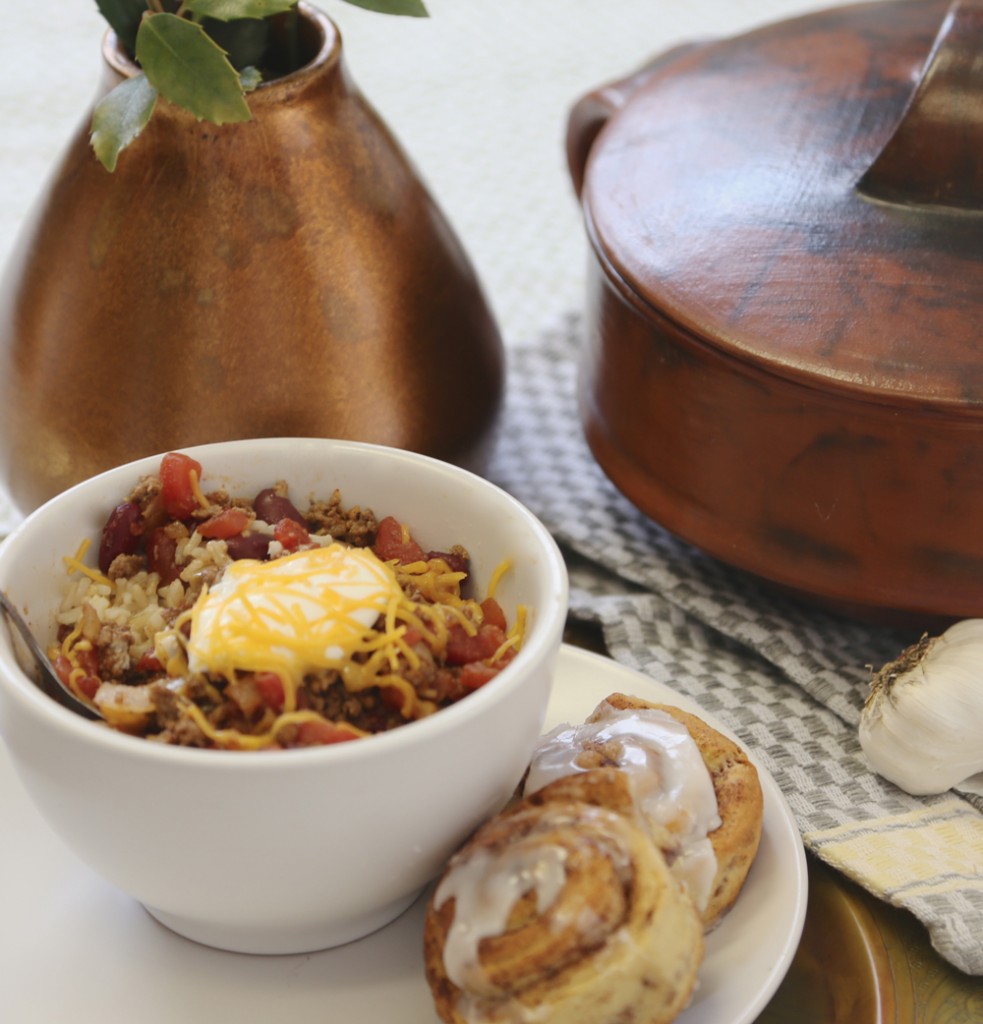 And don’t forget the secret of the cinnamon rolls! It truly is a strangely delicious combination. It’s a little known fact that our inspiring founder, Edna Ruth Byler, loved to eat cinnamon rolls (though she probably didn’t pair them with chili). 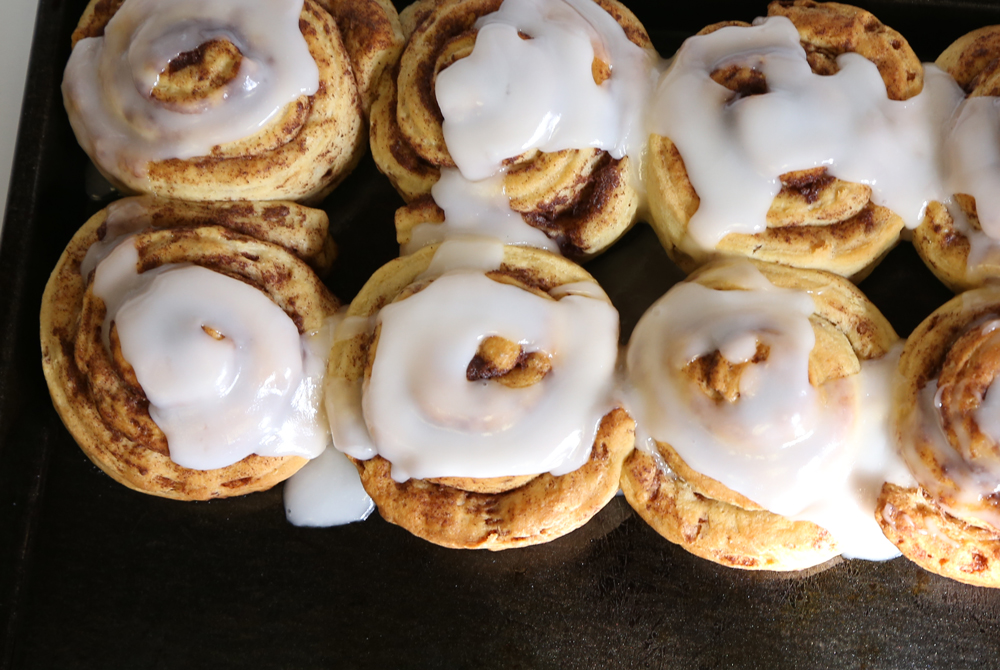 Sometimes, strange ideas work beautifully. The same goes for strange people—who often thrive when introduced to the right environment. The best way to find comfort is actually quite simple: eating good food in the company of good friends. 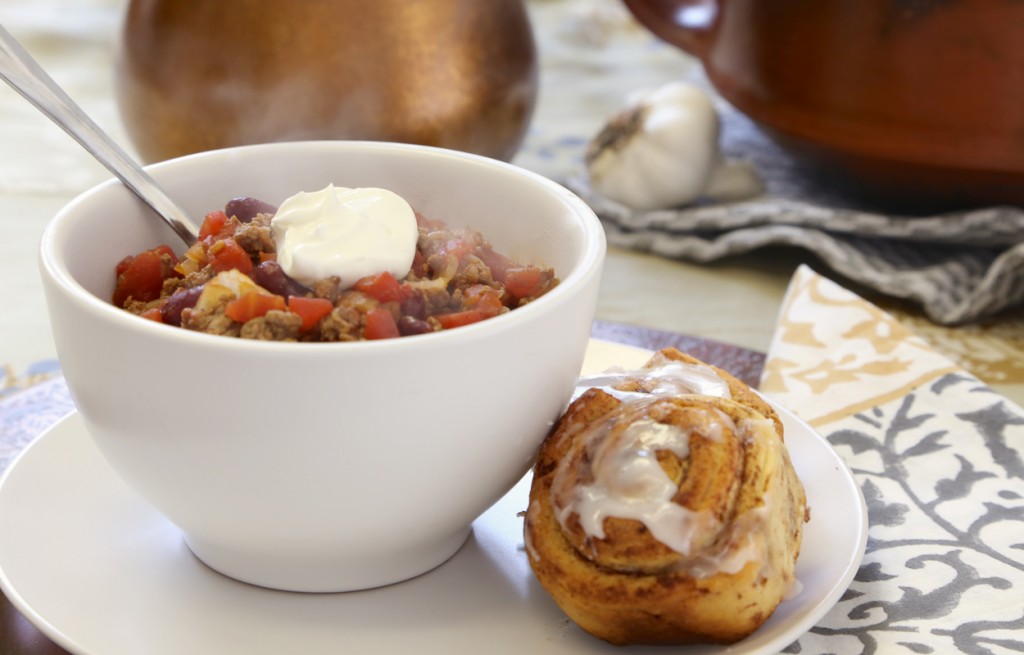 Realness and uniqueness can’t be taught in school. It can only come from inside the soul and be felt by yourself and the people around you. When something is real and right, it just feels good, no matter how unorthodox it may seem at first. 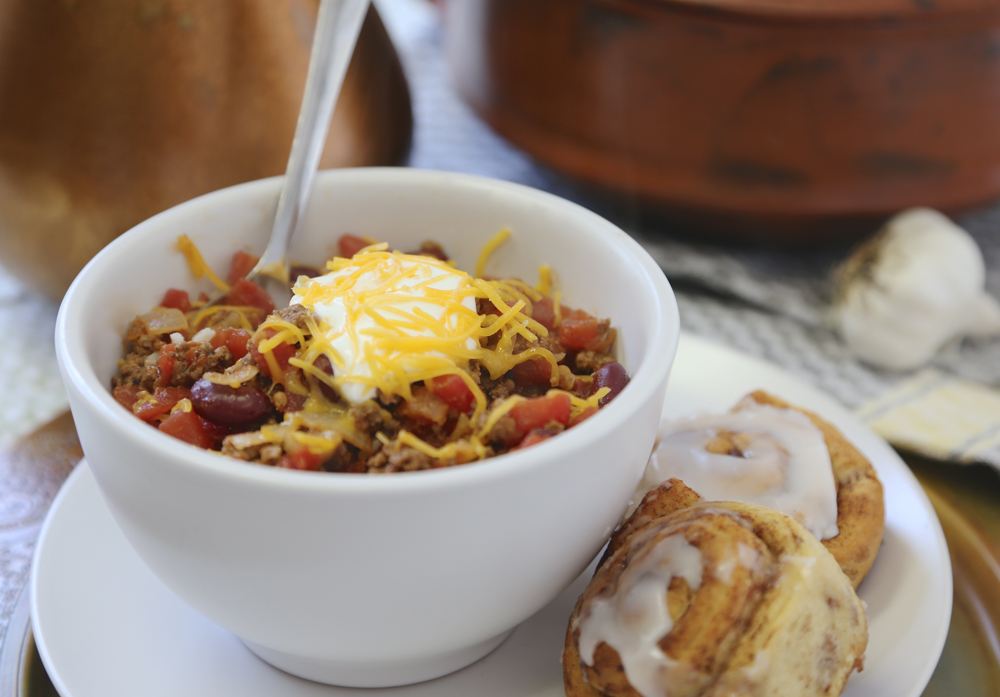