Makers’ stories are the most important aspect of our mission at Ten Thousand Villages. In order to ensure that these stories stay at the forefront of everything we do, we host an annual conference that we call “National Workshops.” This event gives every office staff-member and every store manager an opportunity to meet and spend some time with a representative of an artisan group. 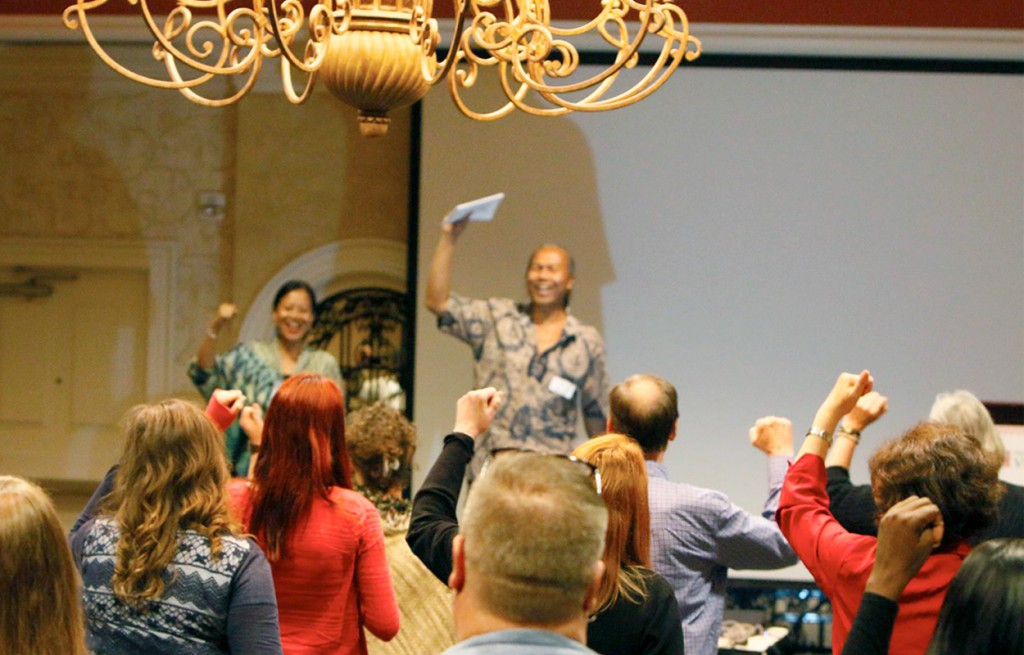 This year, our visiting artisan representatives were Hani Duarsa and her husband Agung Alit— founders of the Mitra Bali artisan group in Indonesia. They came all the way from Bali to visit us here in Pennsylvania, and while they did have sad things to share about some of the problems that are still so prevalent in Indonesia, the most valuable thing everyone took away from the visit was that the human spirit is a joyful thing. 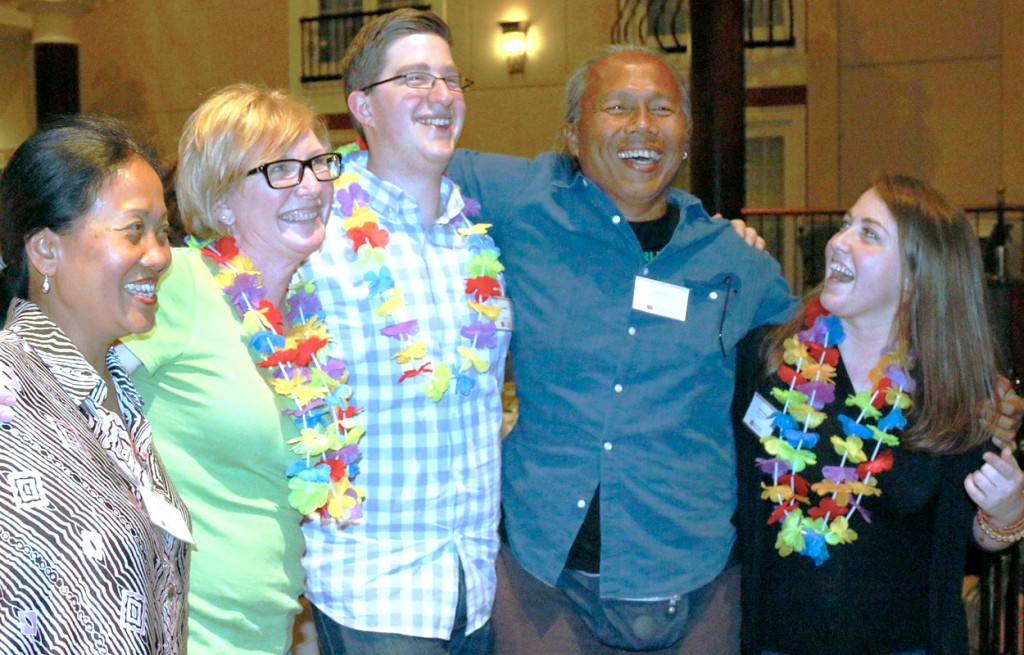 There was one particular item from Mitra Bali that warmed our hearts when we heard its story. A simple flute made from bamboo.

Hani told us a little bit about her methods for quality-control of these flutes: “The flute is not intended for decoration, it should function as a flute. So, I gather every flute in a basket, and I give that basket to one man who has a special skill in checking the quality. That man is my husband Agung.” 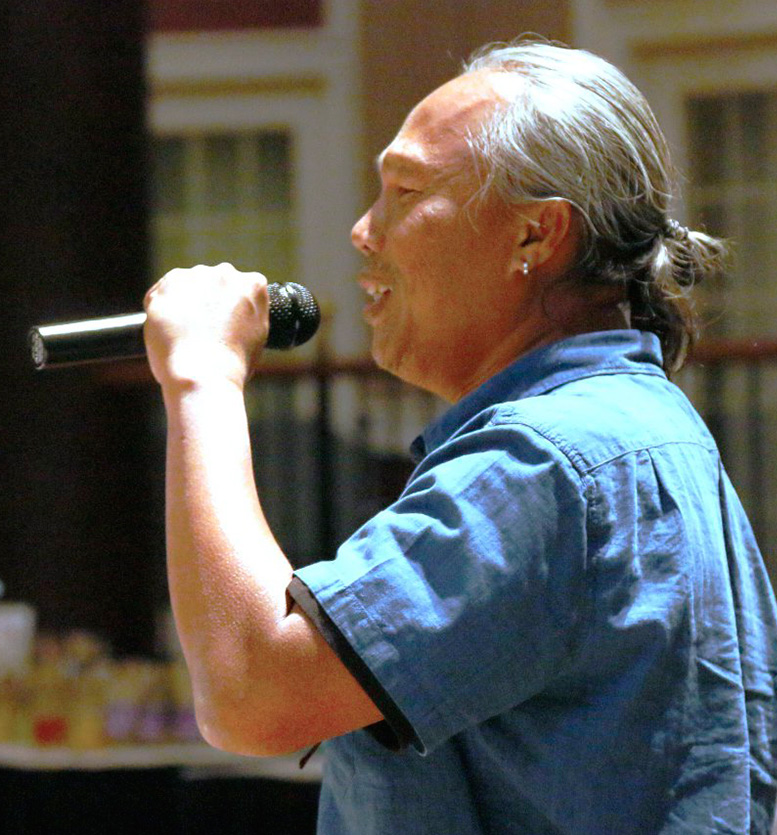 And it was no surprise. Agung seemed to be singing throughout his entire visit! When he first met our Marketing Manager, and she introduced herself as Michele, he immediately belted out the Beatles’ Michele, My Belle. Even a task as mundane as testing the mic before his presentation at Workshops became an excuse for song, as he recited the words to Another One Bites the Dust.

We also found out that Agung and Hani went so far as to name their children after famous musicians—their son is named after Carlos Santana, and their daughter takes her name from Janis Joplin—the ultimate nod to the impact that music has had on their lives. 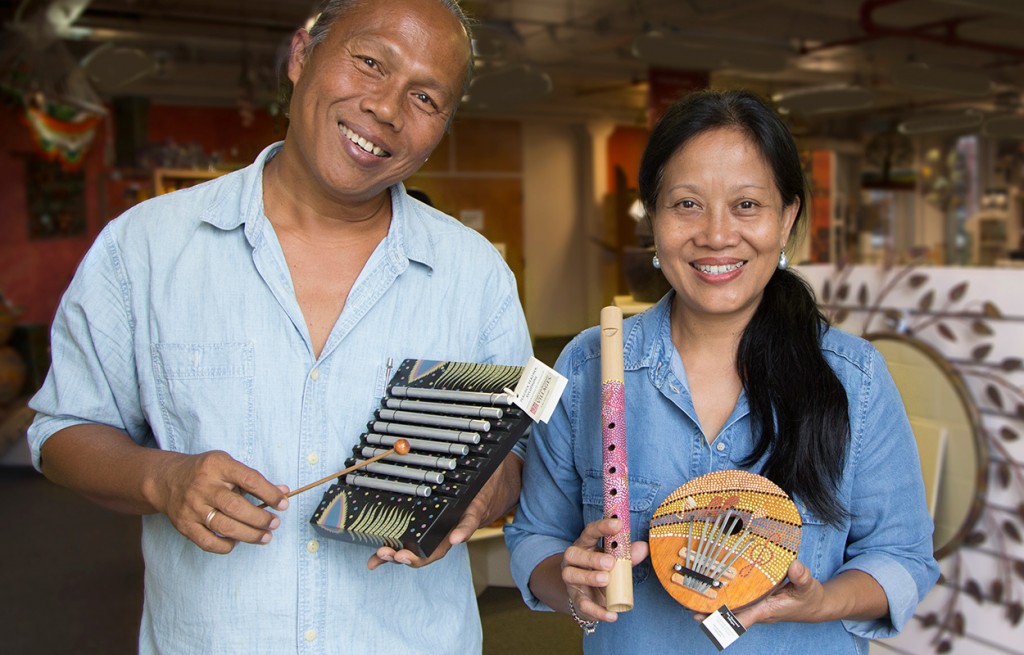 The more we got to know Agung, the more we began to see that music helped him cope with some tough times, but is also the way he to celebrates the good times. He loves both popular American tunes, as well as the ancient traditional songs of his country, and he finds ways of working them into each and every day. 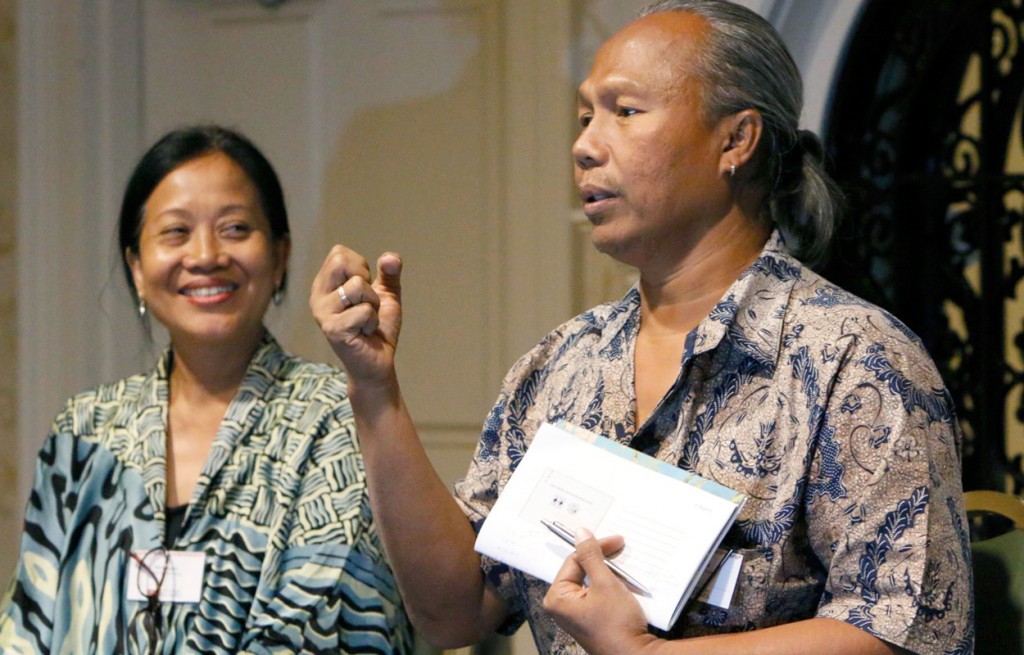 There were, of course, moments when he took a serious tone as he told us about the hardships he’s seen and even the difficult aspects of his own life, but he never stayed in that sad place for too long, and as he explained the weekly routines he shares with all the artisans of Mitra Bali, we saw that song, dance and joy are all very important elements that contribute to their health and happiness.