Most of us wake up each morning and go to work. It’s easy to settle into one job and stay there. But does it make us happy? We often will fantasize about the dream job, but how many of us will take the initiative to make a change? To step off that cliff into the unknown waters? To make a real difference in the world? 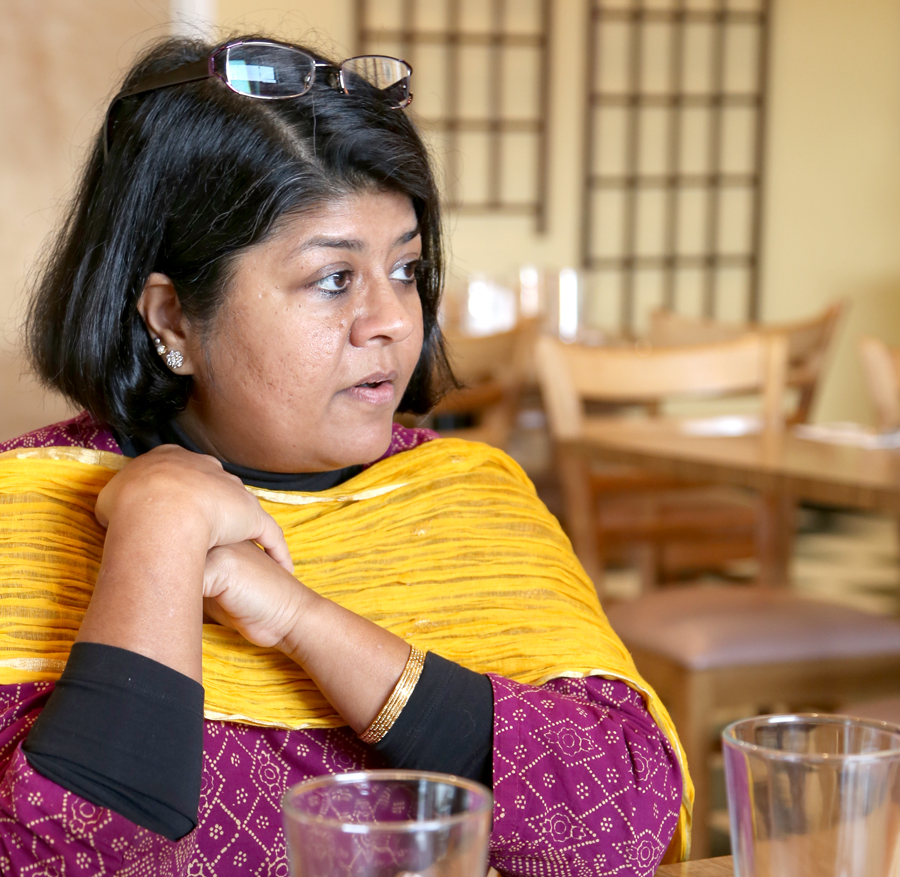 Srirupa Dasgupta was born in India.  Her family was forced to relocate from what is now Bangladesh to India during the Partition. She grew up hearing stories of what it’s like to lose everything and start over from scratch, but she never would have guessed how those stories would influence her decisions later in life.

In the late 80’s, Dasgupta came to the United States to study computer science, and she stayed to start her career.

“I was in the software industry for the first 15 years of my professional life, but I was still thinking about what I wanted to be when I grew up.” Deep down, she knew that she hadn’t found her true calling. This feeling of wanting something more left her heart and mind open and ready to hear the message of Nobel Laureate Professor Muhammad Yunus who spoke at the Lancaster (Pennsylvania) Chamber of Commerce & Industry annual dinner in 2008. The talk he gave that day related to social enterprise, and how it’s possible to form a business model to solve a social issue.

“There was something there. I was hooked on the spot,” said Dasgupta, describing the inspiration she felt while listening to Professor Yunus. She immediately began to ask herself what social problem she was equipped to solve, and the pieces began to fall into place. 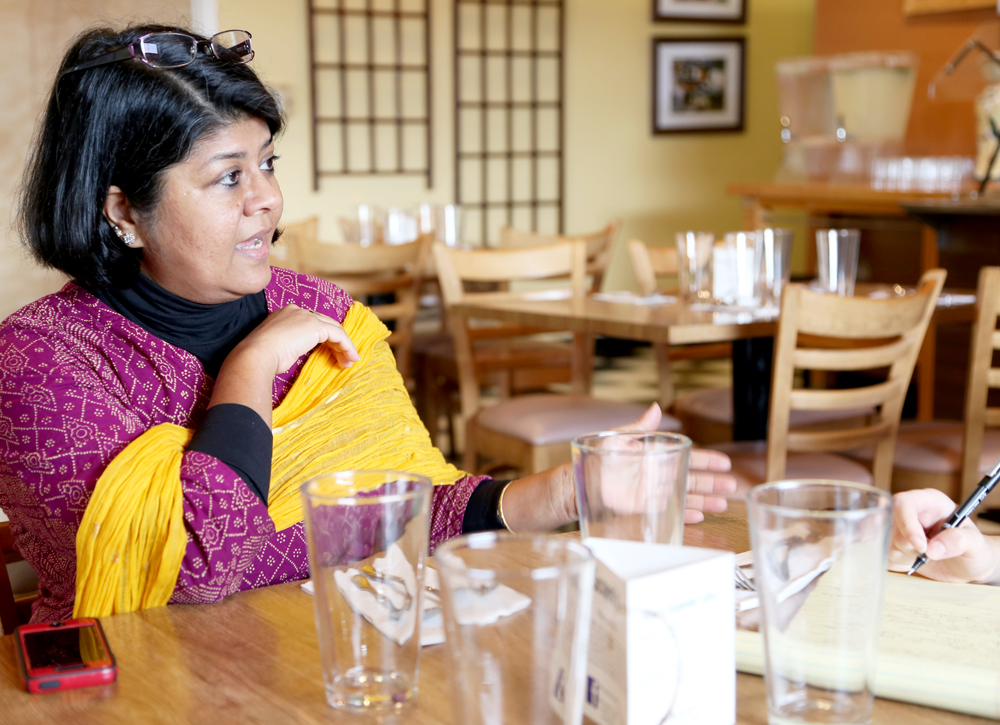 She discovered that more than 500 refugees are resettled in the Lancaster area each year. She’d never been a refugee herself, but she knew what it’s like to be an immigrant and had grown up hearing stories from her parents and grandparents, so she had a personal connection there. She also had an interest in food. She loved to cook and share different kinds of food—she knew it was something she would never get bored with. And lastly, her education and professional experience provided her with some business knowledge. These were the building blocks to what would become her new career. 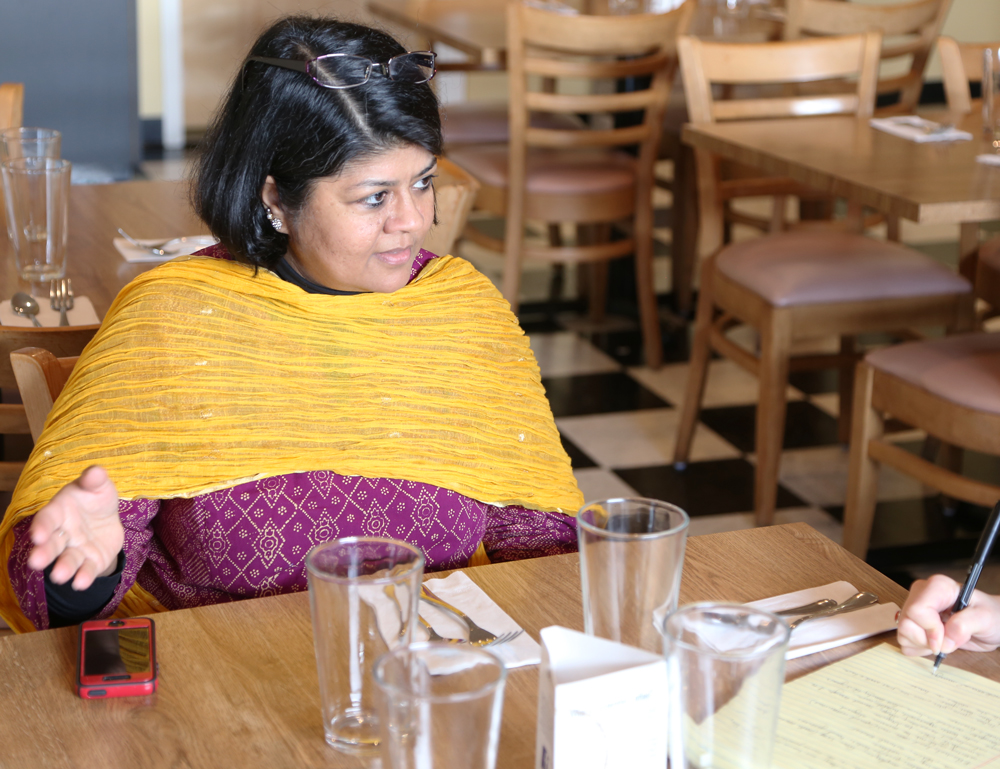 “Finding a job during the recession was hard for everyone,” explains Dasgupta, “and for anyone with a language barrier, it was harder still.” Dasgupta has found that, due to lack of access to education, many female refugees may not be able to speak English or have any job skills, but they know how to make dinner for their families, and that’s where the opportunity presented itself. It all happened in one day, what she describes as an “a-ha moment.” She decided to start a catering business where she could hire refugees and pay them a living wage. 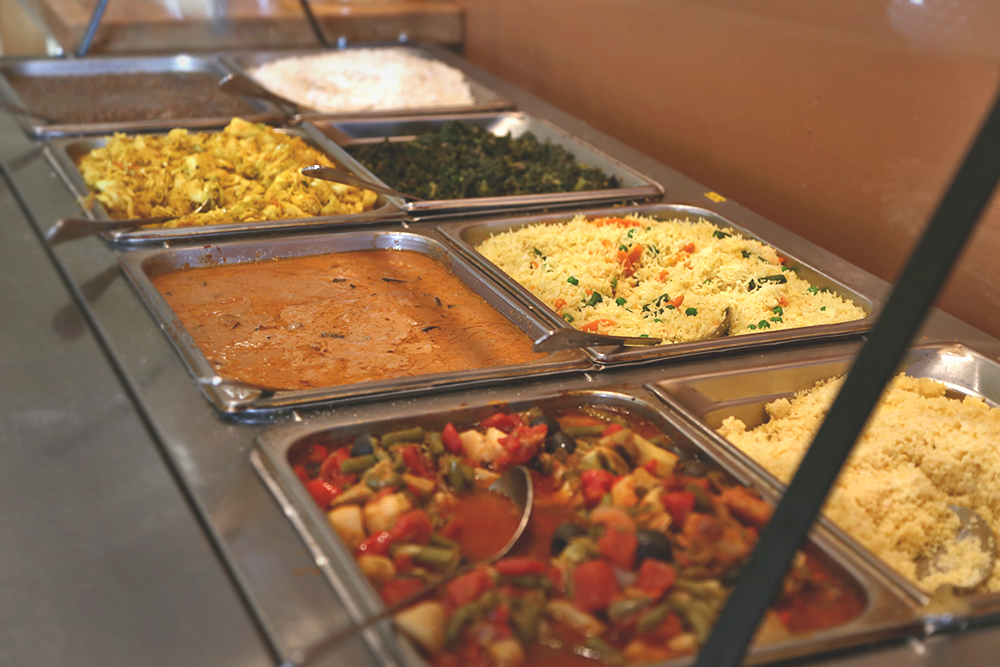 She named her new business Upohar, meaning “gift” in Bengali.

And the gift is three-fold:

1. It’s a gift of meaningful employment to refugees, empowering them to earn a living wage and become contributing members of the community.

2. It’s a gift of a unique dining experience to customers, featuring authentic family recipes that can’t be found anywhere else.

3. It’s a gift to Dasgupta herself, who gets to watch her employees learn and thrive. 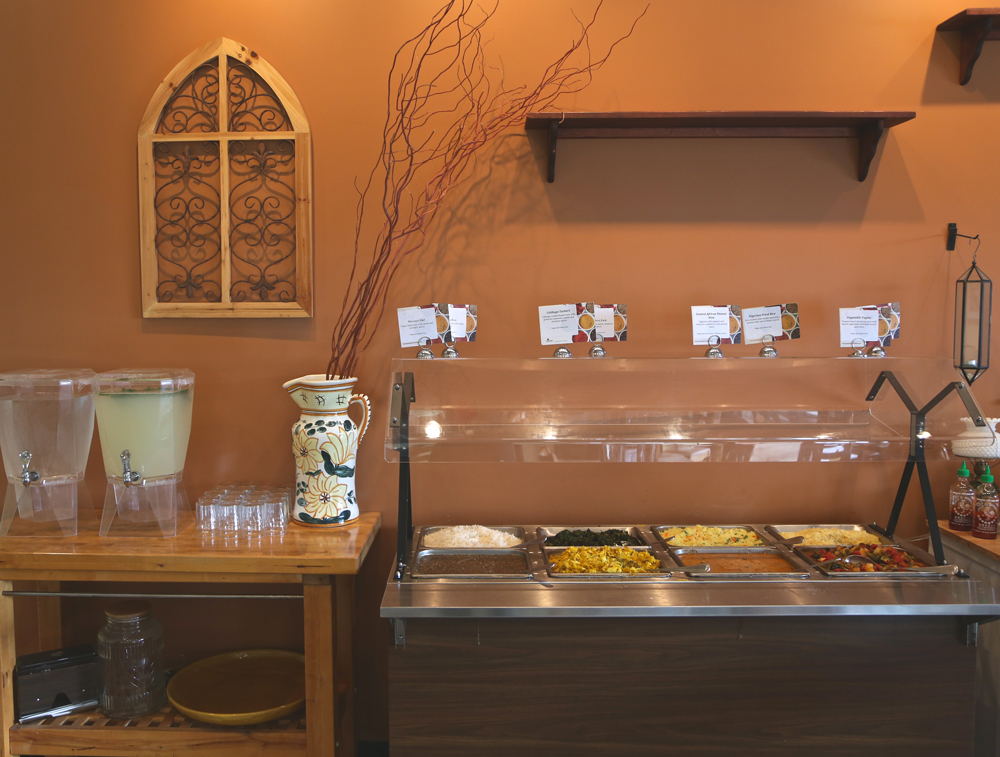 Her dream materialized as a catering business in 2011. But the erratic hours proved to be a challenge for refugees who often relied on the support of welfare programs. So in the spring of 2014, Dasgupta opened a restaurant, where she could ensure regular hours for her employees and provide them with a more stable income. 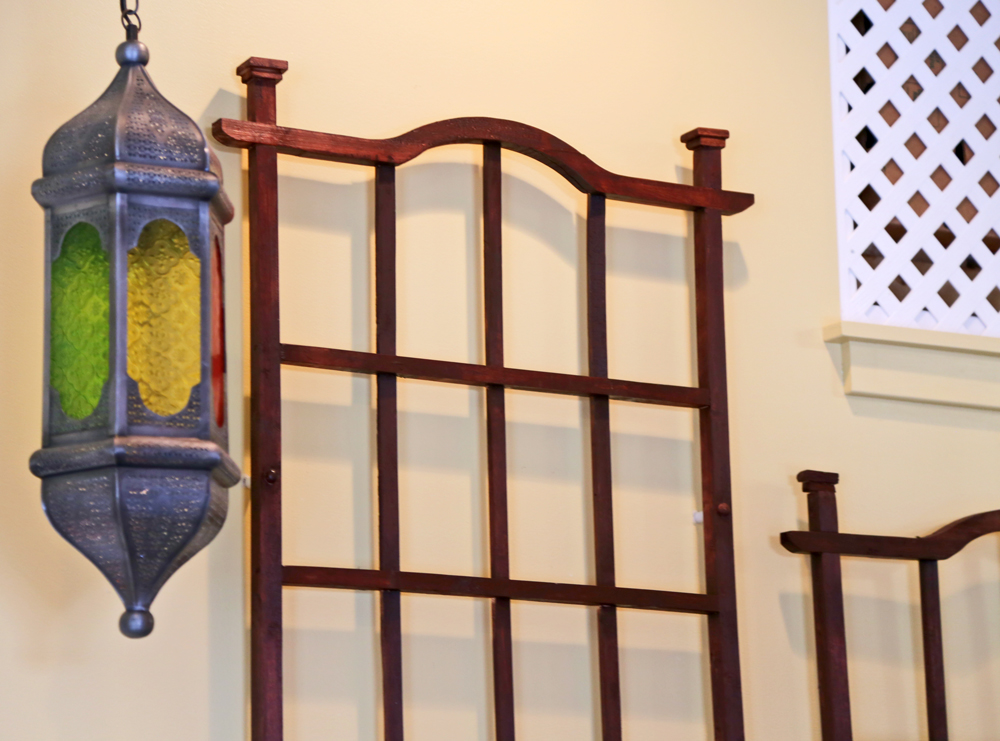 Dasgupta described the stories of three women who have worked for her over the past few years and have done amazing things with their earnings, achieving their goals and becoming assimilated to their new homes. 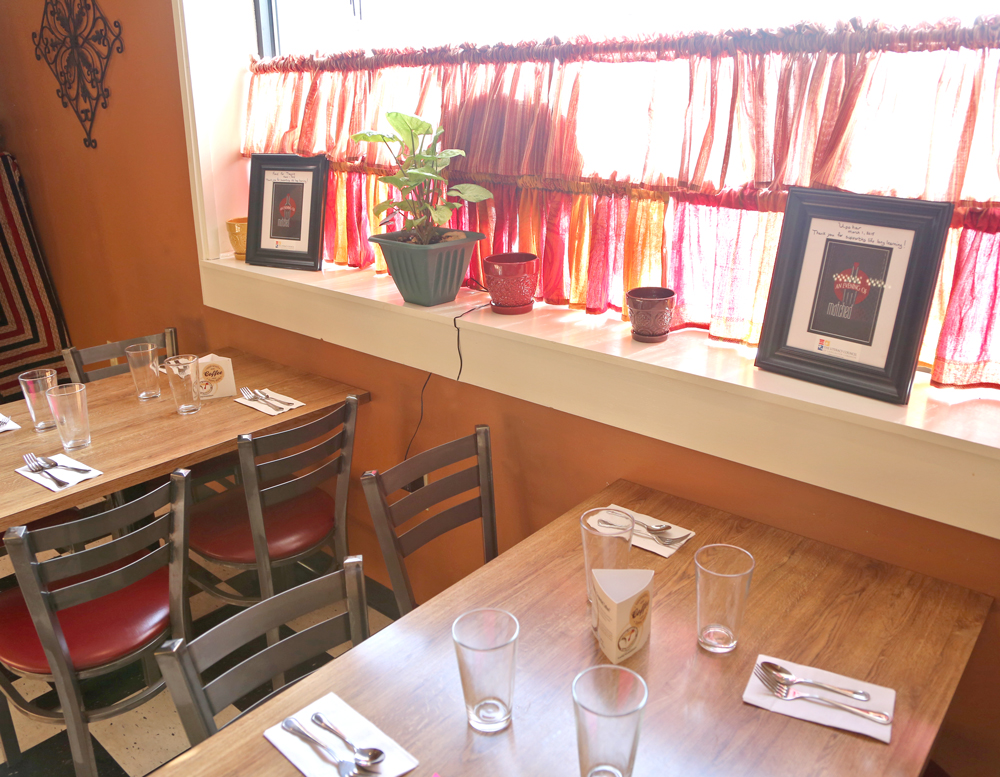 Her very first employee was an Iraqi refugee who had been a math teacher in her home country, but was unable to find work in her field due to the language barrier. While working at Upohar, she took ESL classes and put herself through the local community college. Today, she works as a school teacher and has adjusted to her new life here in the States, continuing the work that she was called to do. 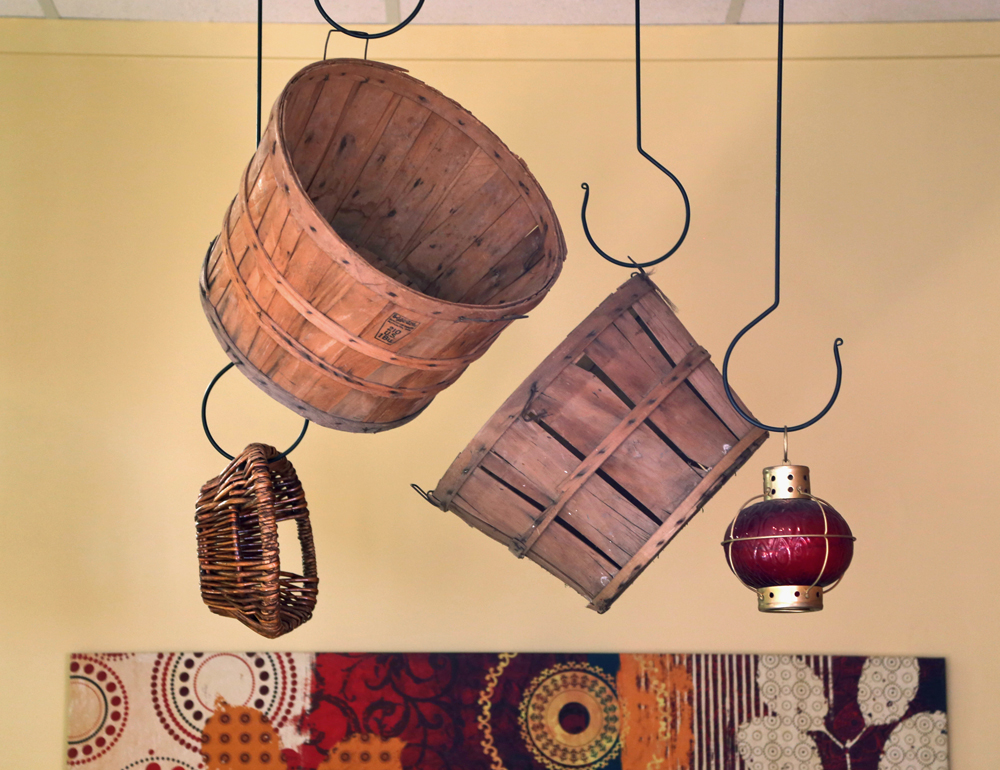 Another early employee was originally from the Democratic Republic of Congo, but had been resettled in Nigeria before coming to the United States. She had only been living here for three months when she met Dasgupta, and didn’t know what happened to the rest of her family, including her children. With the money she earned at Upohar, she was able to save enough to move into a bigger apartment, take driving lessons and get a license. The best part? She was able to pay for her daughter’s medical tests so she could immigrate to the U.S. She was reunited with her daughter in June. 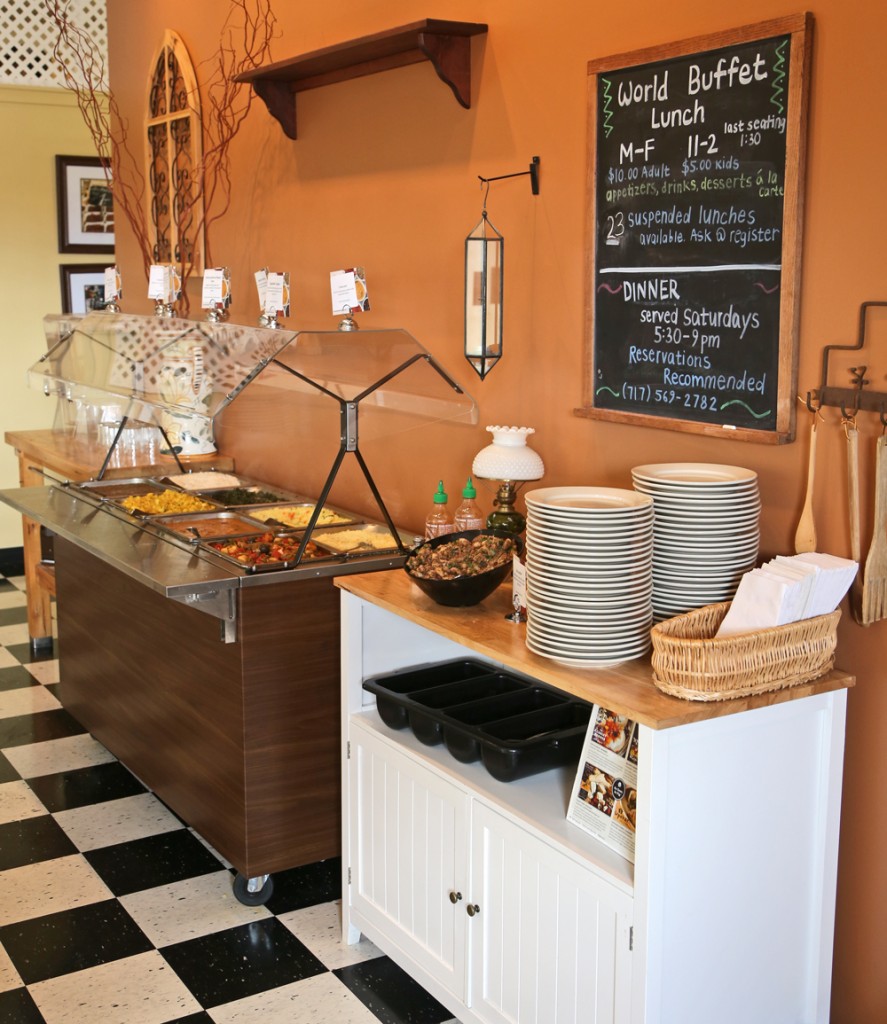 Yet another success story is of a refugee woman who had been working two jobs until she joined Upohar full-time last year. She will close on her first house next week. 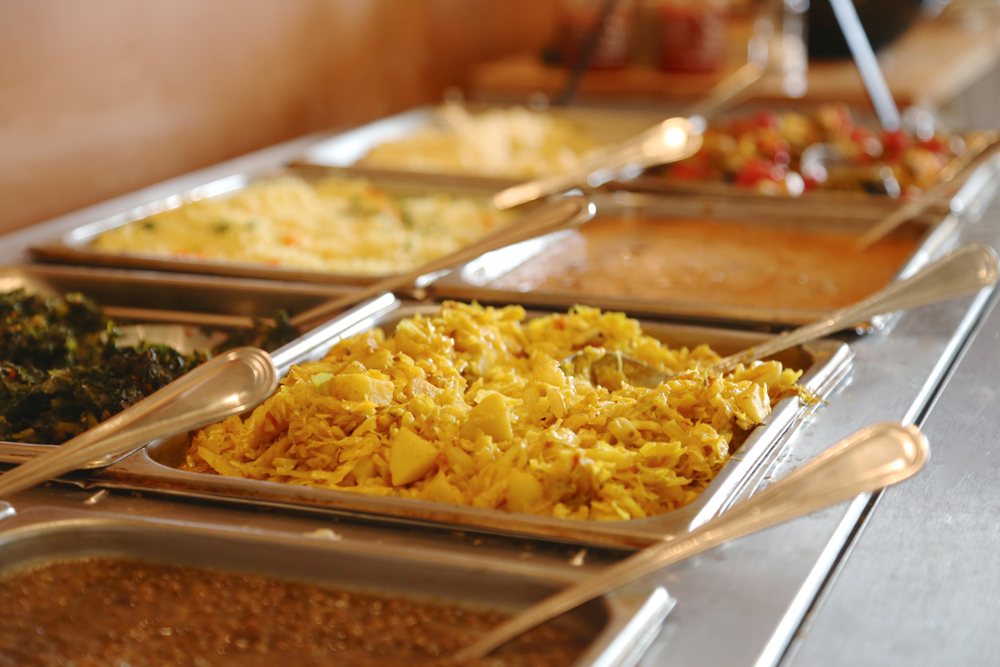 While Dasgupta’s business model doesn’t involve global trade at a fair price, it does hold true to values that Ten Thousand Villages also holds dear. Upohar is all about social enterprise, empowering women, and providing employment opportunities where there otherwise would be none.

Success stories like these come about once a year, because real change requires devotion. But talking about the women she’s watched succeed brought tears to her eyes. And she no longer wonders what she wants to be when she grows up.

“At the end of the day, we only have one life. Why not make it of consequence?” 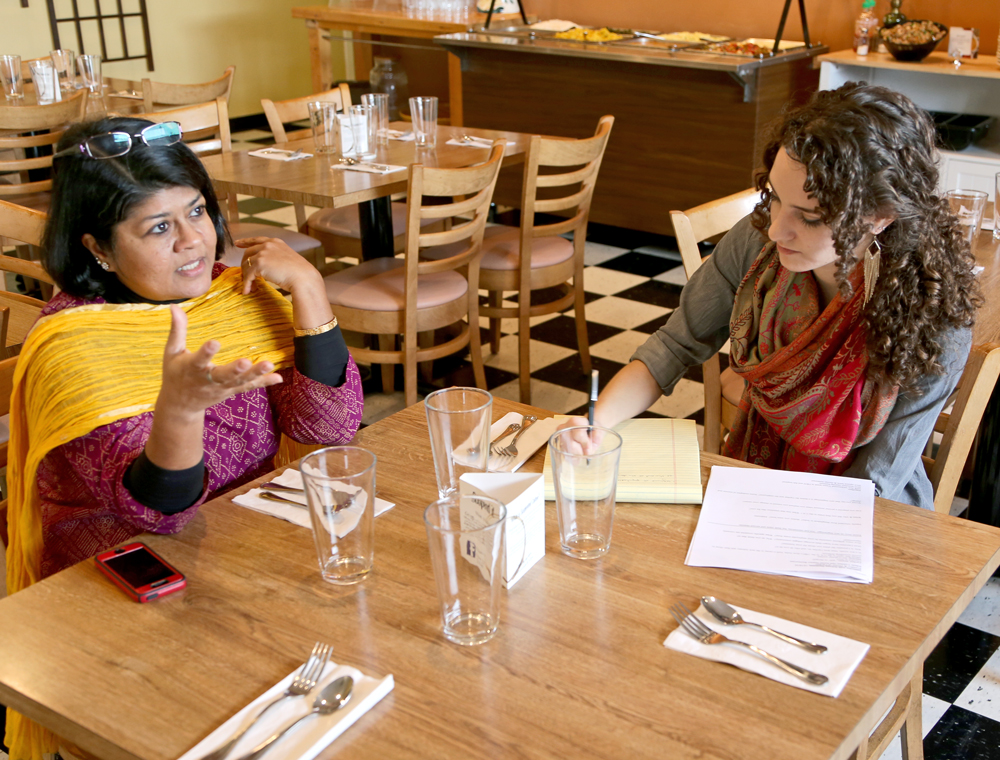