You’ve heard the human body is about 60% water, right? Then it stands to reason that some of the ways we manipulate water, could also have effects on our bodies. Singing bowls, idiophones originally created in ancient Mesopotamia, do just that.

An idiophone is a musical instrument, which when struck, shaken or scraped, produces a sound through vibration. Think of a bell or a gong: idiophones! Just like the singing bowl.

The singing bowl is a metal bowl, struck by a mallet, often used in spiritual or religious settings to invoke meditation or relaxation through the resounding vibrations and pleasant sounds it emanates when played. They can also be used in sound therapy to induce healing and treat various illnesses. The sounds the singing bowls produce are said to create a kind of energy that may center the frequencies of the body, mind and soul. Playing these bowls has also been said to cause the left and right sides of the brain to synchronize together, creating a peace and calm during meditation.

Consider how water reacts to vibrations: dancing, and moving in choreographed and often symmetrical, concentric forms. The singing bowl utilizes these acts of physics to affect the physical body, and in turn the mind and soul. We now have computer technology to be able to slow down and observe how the singing bowl specifically affects water inside it. We can study how the sound vibrations may be shifting the water elements in our bodies into creative patterns.

The origins of the singing bowl are somewhat ambiguous, as much of ancient culture origins can be. There is anecdotal evidence to suggest they are the most ancient artisan craft in human existence, with the metalwork knowledge being passed from generation to generation for thousands of years.

Singing bowls originated in Mesopotamia over 5,000 years ago, and made their way to the regions of Tibet, Nepal and India which all have singing bowls in their history and culture dating back some 2,000 years. Today, singing bowls are still produced in these areas of the world, and both the craftsmanship and the spiritual components are closely tied to culture and tradition. Originally made of pure copper in the ancient world for medicinal purposes, they are now made most often of bronze (a combination of copper, tin and zinc) or a seven-metal medley of copper, tin, zinc, iron, lead, gold and silver—seven earth metals for the seven chakras.

The artisans producing singing bowls in partnership with Ten Thousand Villages have learned the skill of singing bowl craftsmanship from relatives and apprenticeships, and share the process of singing bowl casting with us. Our artisan partners in Nepal heat the metal to red-hot malleability. Then, they’ll either sand-cast or hammer, mold, then polish the bowl before it may be etched in designs. It takes great skill, patience and collaboration between multiple artisans with different skills to complete a single singing bowl.

Unfortunately, singing bowls have found their way into mass production in many places in the West and there has been some debate about the appropriation of Eastern culture in so doing. Should Westerners without any Tibetan, Nepali or East Indian heritage profit from the sale of these cultural pieces? It is problematic for Western people to pick and choose the elements of Eastern culture that may appeal to them, while often continuing to act from a place of prejudice and internalized racism toward those same cultures. There’s no doubt that the benefits of the singing bowl and the rich culture inherent in them should be shared far and wide, however, that culture should be experienced with reverence and appreciation, not appropriation. We are grateful to the Nepali artisans we partner with for choosing to share their rich culture with us. Our artisan partners are always paid fair wages for their work with up-front financing. 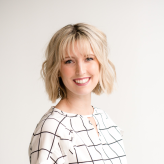