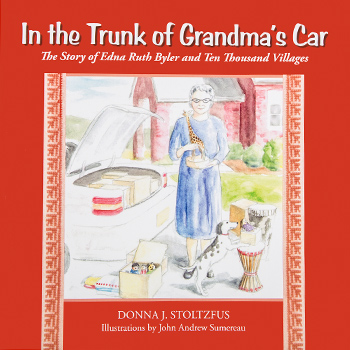 Titled In the Trunk of Grandma’s Car, the book tells about the humble beginnings of fair trade. Edna Ruth Byler was an ordinary woman who went on a trip to Puerto Rico with her husband in 1946.  That trip would prove to become the start of something huge—it was during her time exploring Puerto Rico that Edna Ruth first saw the need for what we now know as fair trade. 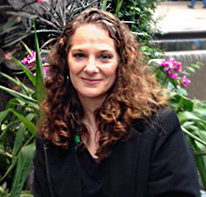 “I traveled to stores for my work,” says Donna, “and would hear staff occasionally say they would like more ways to share Edna Ruth’s story with customers. Then one day, I was reading an article online about Ten Thousand Villages and saw a response from a woman who identified herself as Edna Ruth’s granddaughter, Diane. I decided to contact her to ask if she would be interested in working with me on a picture book project about her grandmother.” This led Stoltzfus to learn how Byler was first struck with the idea to support small-scale artisans in developing countries.

Done in a children’s book style, this book delivers an important story with the help of full-color illustrations. 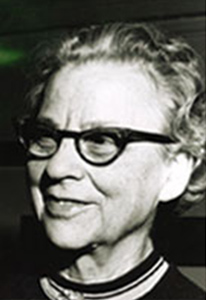 “It was tricky to tell this story in a way that kids could understand,” says Donna, “so I included her granddaughters in the story and incorporated their fond memories of helping their grandmother as she began the business.” Since Diane was just a child herself when she witnessed what would become an important influence in global trade, it was easy to interpret her words and transform them directly into the memories she described.

It took Donna several years to gather the information she needed for the story, but once the writing was complete, she found illustrator John Andrew Sumereau, an art student at Penn State, who agreed to paint the watercolor scenes.

Donna hopes that this book will help educate children and adults alike about the importance of fair trade and its modest beginnings. 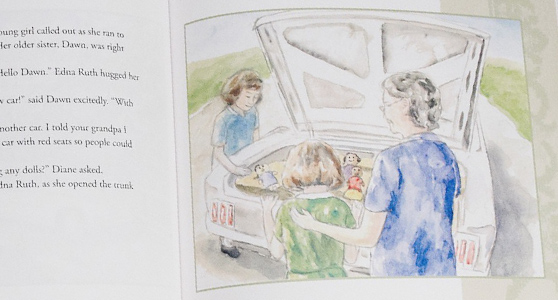 Graphic designer Beth Oberholtzer had the idea of photographing linens and using the patterns as borders. “I borrowed some linens from Ten Thousand Villages archives, and from a couple of people who had original linens from the early days,” says Stoltzfus. ” Beth did the photography. I loved the idea and thought it added one more interesting feature to the book.”

Ultimately, Donna hopes that this book will help to educate children and adults alike about the importance of fair trade and its modest beginnings.  What began as an ordinary woman selling handmade goods from the trunk of her car transformed into an effort that now provides stable income opportunities for countless families in the developing world.

As we celebrate International Women’s Day this month, we honor Edna Ruth Byler and the ongoing impact of her accomplishments.