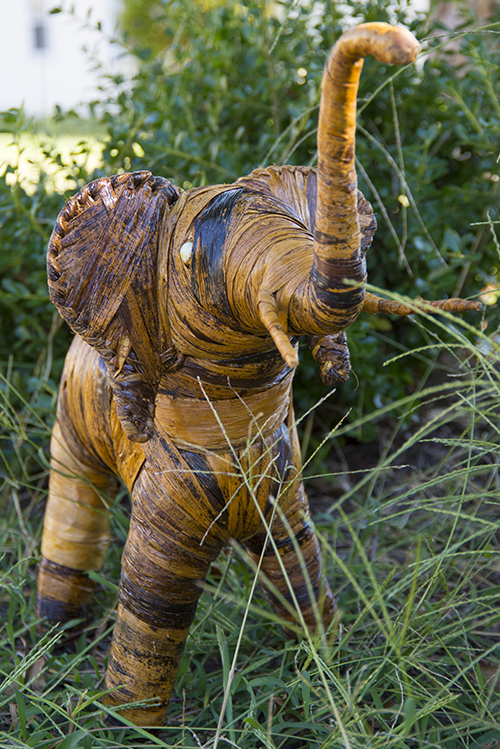 It’s no secret that the earth’s ecosystems are rapidly vanishing. One of the major principles of fair trade is not only to ensure health and happiness for humans, but to consider the environment as well.

Ten Thousand Villages strives to deliver products derived only from ethically sourced materials, whether they are natural and sustainable or recycled.

As you celebrate Elephant Appreciation Day, keep in mind that a purchase from Ten Thousand Villages is a small step in the right direction when it comes to preserving the environments that are so essential to endangered animals such as elephants.

Some Eco-Friendly Elephant Friends for You:

Made from recycled soda cans, this adorable baby elephant has his ears and nose perked up in curiosity as his mother stands serenely beside him.

Artisans collect empty cans from businesses all around Cape Town, South Africa. They then cut the cans into strips which are molded by hand around a wire frame. The colors and patterns of the elephant’s body are determined by the types of soda cans available, ensuring that each and every elephant is as different as they would be in real life, each with its own unique charm and personality. 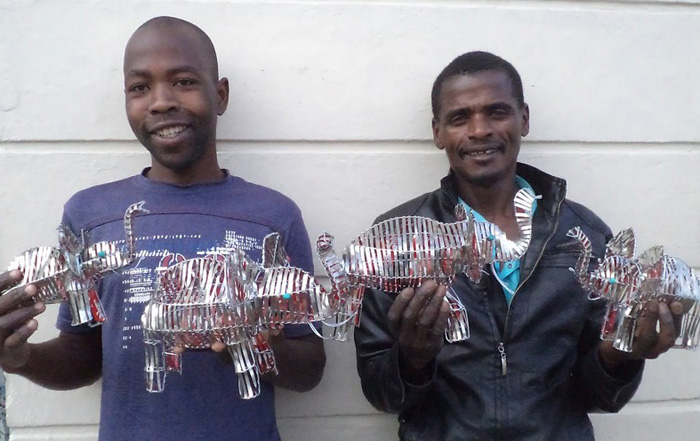 Artisan Victor Chiteura is the leader of the workshop responsible for creating these delightful little creatures. Having escaped violence in his homeland of Zimbabwe, Chiteura has established a life for himself in South Africa where he leads others like himself, teaching them to become self-sufficient by being resourceful and innovative in the handcrafted items they produce. Chiteura’s workshop is supported by the African Home artisan group. 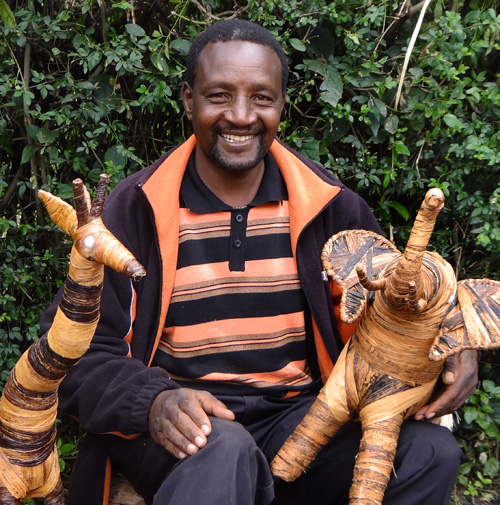 Banana fiber is a versatile material which can be used to make anything from yarn and clothing to rustic figurine pieces such as this elephant. After the banana fruit has been harvested, the bark of the tree can be gathered and treated through a multi-step process of threshing, watering, and drying until the desired consistency is achieved.

This statuette also incorporates sisal fiber which is derived from the agave plant, and traditionally used in the production of rope and twine. Both banana and sisal fibers are 100% natural and renewable.

In spite of efforts to combat poaching, illegal hunting of elephants and rhinos for the purpose of selling their tusks on the black market is still a real problem. Thankfully, a new product from South America is becoming a popular alternative to ivory—this is the tagua nut. 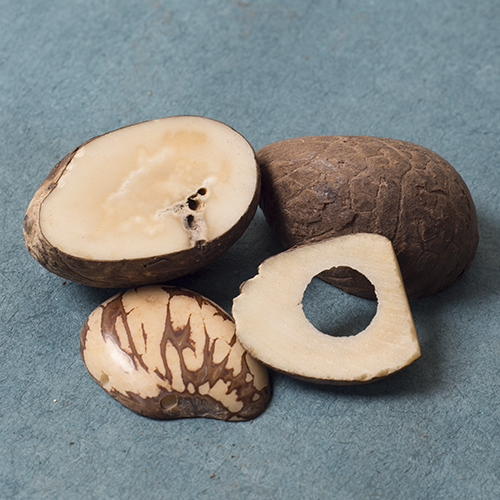 The tagua nut grows on a special kind of palm tree that is found in tropical regions of South America.  Though it takes these special trees several years to fully mature, once they begin producing nuts, they will do so continuously for the rest of their lifespan, which might be as long as a century, in some cases. The nuts have a very close grain which, once properly processed, becomes hard as ivory and is easily dyed in a variety of vibrant colors and is sometimes even referred to as “vegetable ivory.”

Eco-Friendly is the Way to Be

Regardless of how you choose to celebrate Elephant Appreciation Day, be sure to think of the friendly giants who are helpless to speak for their own land. Support the popularity of the tagua nut as an ethical alternative to animal ivory. Help combat pollution and destruction of the natural habitats that these and other animals need to survive.