A city once filled with sparks and light from welder’s torches faced the threat of its craft dying out forever. In Moradabad, India many metal workshops were forced to close their doors as the price of raw materials rose, and the value of metalwork fell. Generations of knowledge that had been passed down from fathers and grandfathers before them was in danger of being lost in history.  And skilled craftspeople suddenly found themselves without work.

The Noah’s Ark artisan group fought to change this shift in the local economy. Through export assistance, a new market opened up to metalworkers and they were no longer limited to selling their goods at the local level. Once this new audience was discovered, it became clear that design assistance, too, would be needed to translate these ancient skills into designs that would be relevant to customers on the other side of the world, and new materials were suggested as innovative alternatives to costly metals such as brass. By implementing these new initiatives, metalworking began to thrive once more. 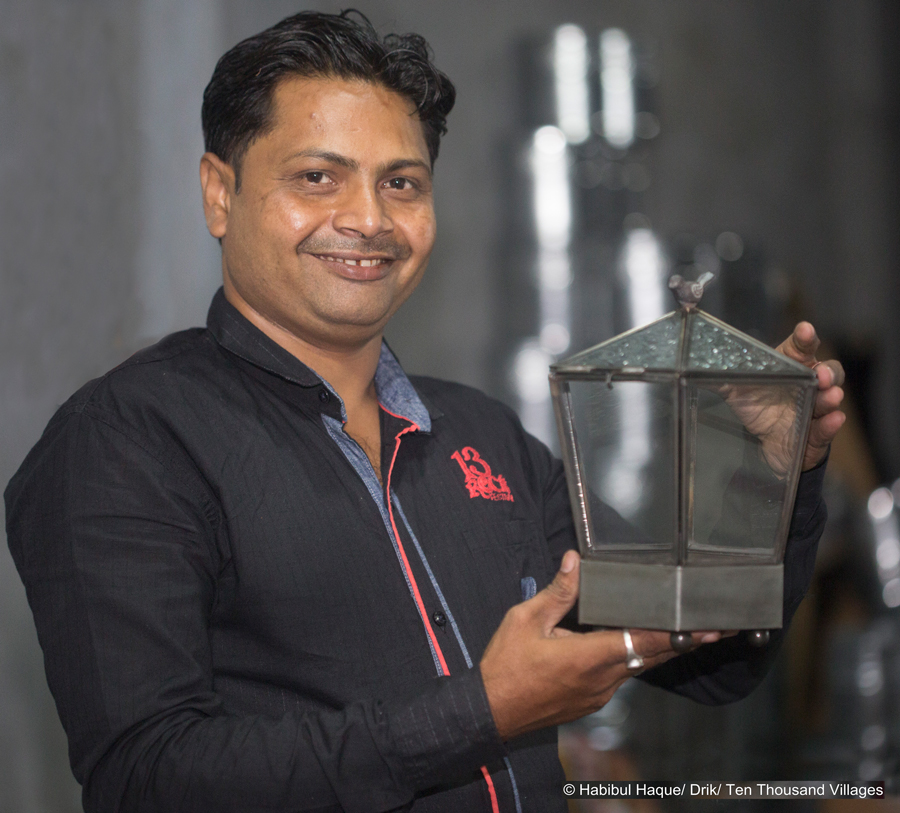 A living example of the group’s impact is 38-year-old Anwar Saleem, who worked closely with his father and, like so many other men in Moradabad, learned the art of metalworking from him. Anwar’s father supported their entire family with the wages he earned, so when he passed away, it fell to Anwar to fill the role of provider. He started out doing painting and coloring work for a workshop of Noah’s Ark. That was 16 years ago. He has since become the leader of his very own metal workshop where he employs a handful of other skilled artisans and is able to provide for his family. 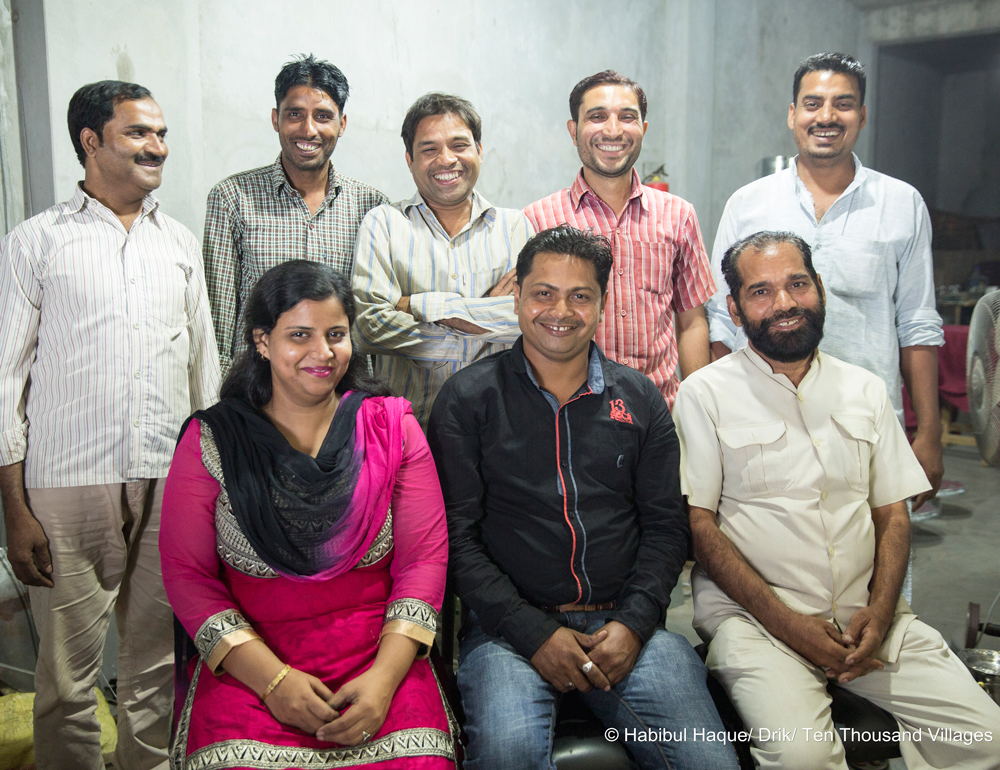 One of the most recent design elements he has incorporated into his work is the use of galvanized metal. To achieve a mottled effect, a zinc-plated iron sheet is treated with a strong alkaline. This sheet of iron is then cut into the shapes necessary to form the desired piece, and it can then be bent and welded around a wire frame. Design assistance from fair trade organizations has yielded galvanized pieces that are unique and versatile, complementing nearly any style of home décor—modern, rustic, minimalist, or classic. 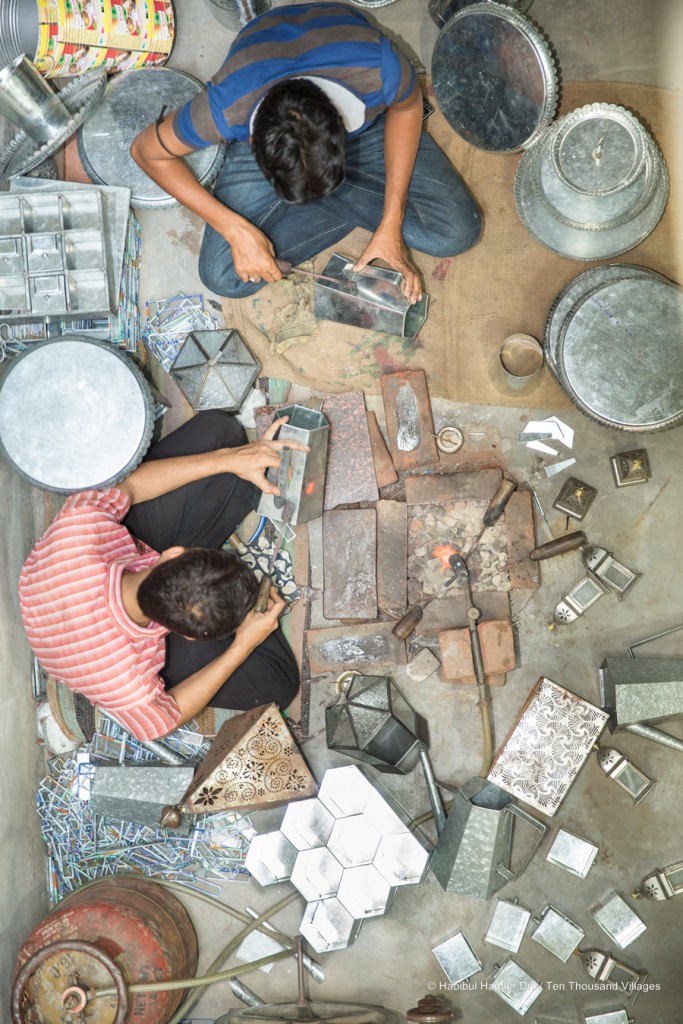 Anwar Saleem is proud to carry the legacy passed down to him from his father, and he honors him with each piece that leaves the doors of his shop. By employing other metalworkers in need of stable employment, he has helped build a stronger community, and restore the jobs of many skilled craftsmen.