There are few things more fun than gathering with people you love and sharing a huge plate of food. There are different foods for different occasions, traditions, cultural backgrounds, and regions of the world. But there is one dish that stands out as meeting that perfect balance of comfort and refinement, exotic yet familiar, traditional yet modern. And that dish is paella.

Just as with most iconic dishes, paella has existed in many forms in many places. When we think of paella today, the most common image that comes to mind is that of rice that’s turned golden with aromatic saffron, topped with heaps of seafood—mussels, crawfish, scallops… any number of combinations, really! But this elaborate feast of the sea actually began in Valencia, Spain as a peasant’s rice dish involving rabbit, snails, and several kinds of beans.

The original recipe has evolved hundreds of times over, to the point where the only resemblance is often just the rice, saffron and the custom of sharing it with a large group of people. In fact, the most traditional way to eat it is for everyone to share directly from the pan in the center of a round table, without scooping it onto individual plates. It’s a social meal that is meant to connect people and build bonds. 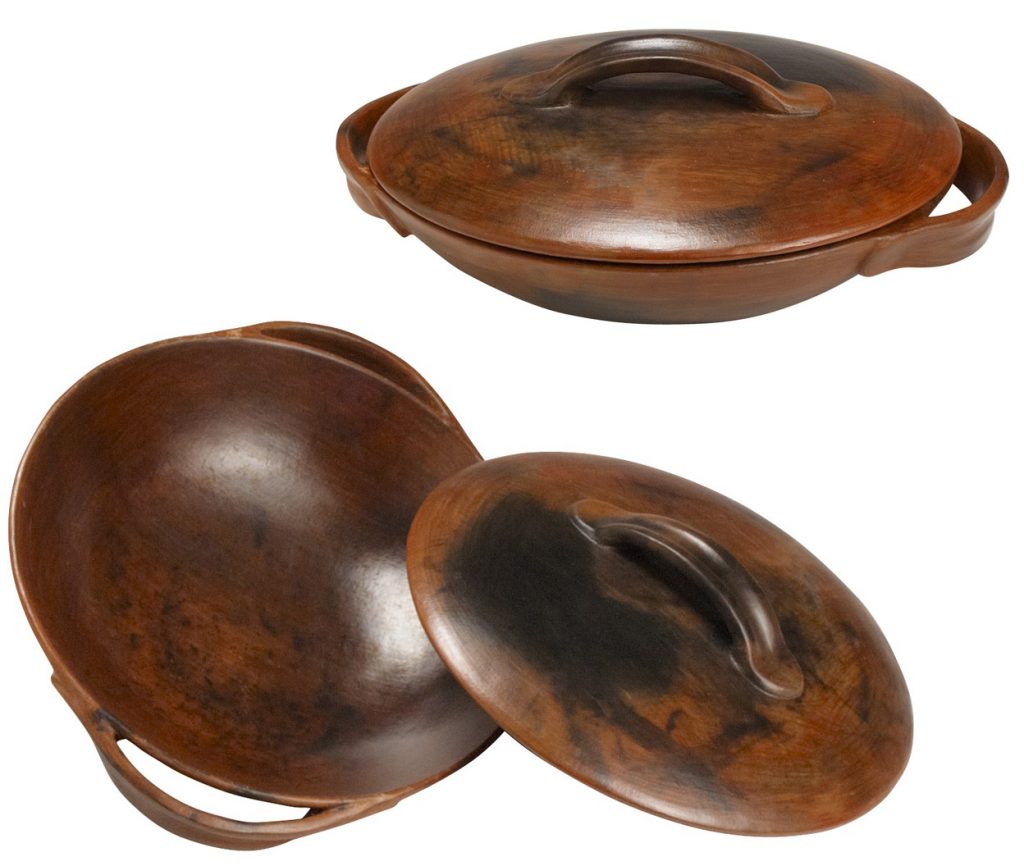 Original paella pans were shallow, rounded, and made from clay because paella used to be cooked over a fire, so a rounded bottom best suited the distribution of heat. Clay pans improve with each use because they become more and more seasoned. Nowadays, it’s more typical to find pans that are flat and made from steel, but that still embrace the shallow sides of the original version because that characteristic is important for developing what’s called socarrat—a Spanish word that specifically describes the delicious crust created by the rice in paella.

Just as paella embraces the gathering of friends, this global dish also represents the coming together of many world cultures. Valencia was one of the largest ports in the Mediterranean, and through this port arrived the very first rice from the Middle East. Even the Spanish word for rice, “arroz,” comes from an Arabic root, rather than a Latin one. 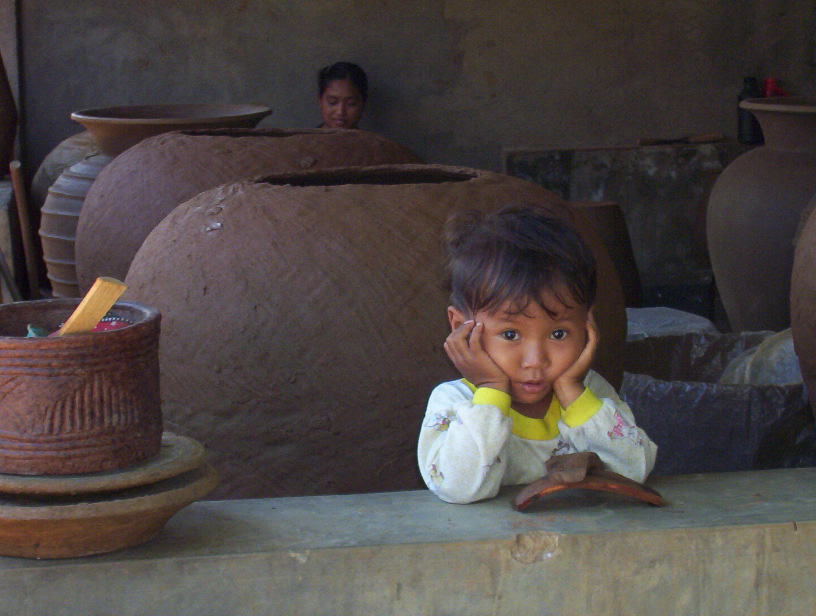 So as the world continues to shrink, it may not be far-fetched to add an Asian-made pan to the mix. From the village of Lombok, Indonesia, comes an earthenware paella dish that’s been made with all the love that goes into a home-cooked meal. Pottery is a way of life for the women of Lombok.

They practice their craft in their homes, or together in the center of the village. Turning their pottery wheels with their feet, they build elaborate pieces of functional art. And when it comes time for firing, a fire is built in the ground, and the clay pieces are packed inside with straw and coconut fiber. 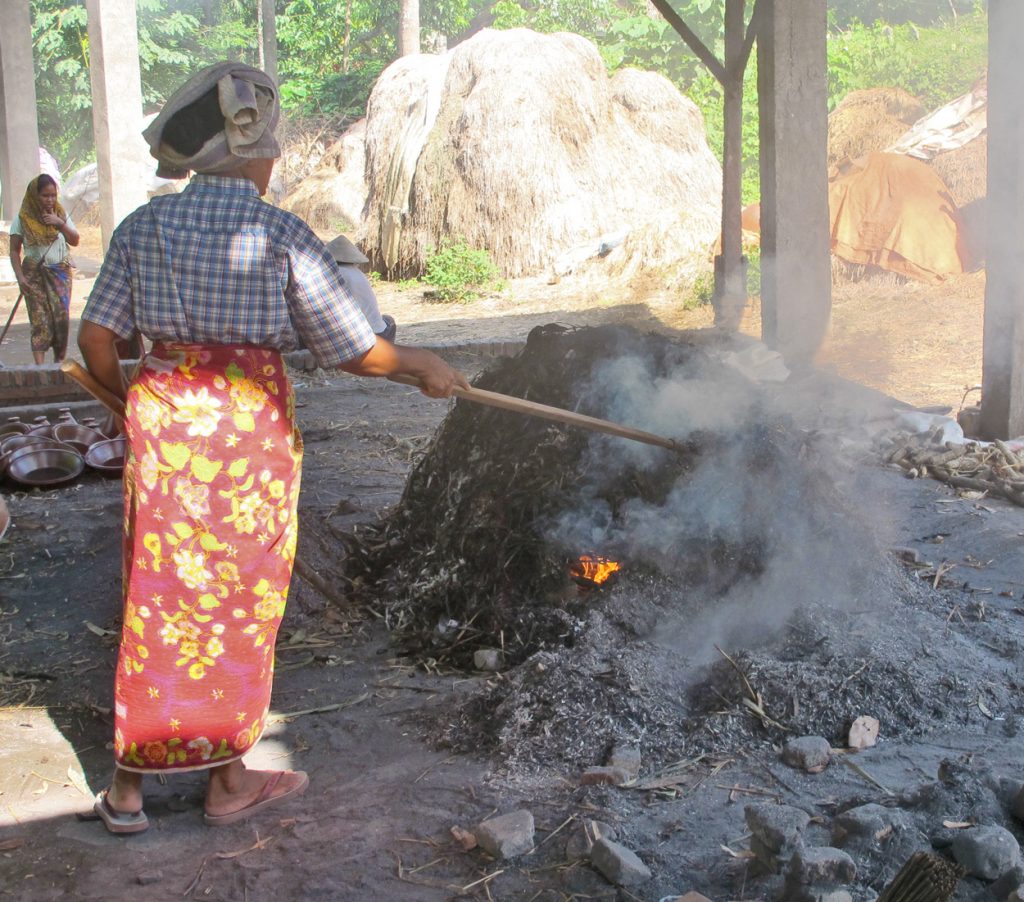 This paella dish must be seasoned for first time use. Here’s how:

When your dish is seasoned and ready, you can begin cooking!

[recipe title=”Baked Seafood Paella Recipe” image=”http://mosaic.tenthousandvillages.com/wp-content/uploads/2016/10/TenThousandVillages_Mosaic_Paella2.jpg” description=”While our rendition of the paella recipe may not be similar to the original Valencian version, it sure is tasty”]

4. Remove the lobster tails with a pair of tongs. Do not discard the lobster cooking water, and keep it at a boil. When the lobster is cool enough to handle, remove the shell and cut into large chunks. Set aside.

5. In a large skillet, heat olive oil. Turn the heat to medium-high and add the chopped onions. Sauté the onions for 2 minutes.

6. Add the rice and garlic to the onions, and cook for 3 more minutes, stirring regularly.

8. Now carefully pour the lobster cooking water into the paella dish. Stir. Cover with lid and place in pre-heated 350° oven. Bake for 30-35 minutes or until the liquid is almost absorbed.

9. Uncover the paella dish and spread the shrimp over the rice, pushing it into the rice slightly. Add a little water if needed. Bake uncovered for another 10-15 minutes until the shrimp turns pink.

10. Remove from oven and add the chunks of lobster, pushing it into the rice slightly.

11. Garnish with parsley. Keep lid on until ready to serve. And enjoy! 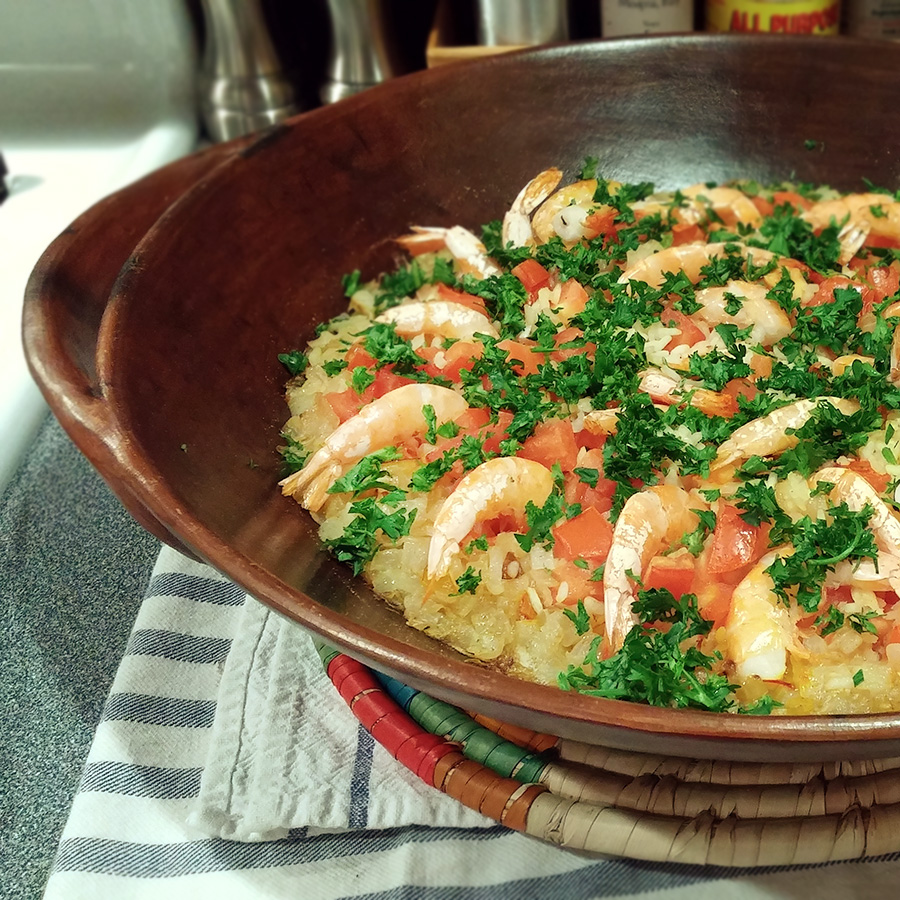