To the innovative mind, paper can be a wallet, a picture frame, a journal, a piece of wall art… paper can be a livelihood. Paper is something we’re all familiar with. It’s a basic material that’s often taken for granted. But to some, it’s more than just a blank slate to scribble on. And while we may never consider the way our paper is produced, or where it comes from, there are people who have taken the craft of papermaking and turned it into a solution to unemployment, while thinning out invasive vegetation at the same time. Salay Handmade Paper is a group of people in the Philippines who share that passion for creating and innovating.

“On the northern coast of the Mindanao island is a tiny town called Salay. Hills dense with trees and foliage begin to rise as you leave the center of town. Modest houses and small shops made of bamboo and thatched roofs line the main road. The concrete buildings painted bright blue are the schools that were built in the Marcos era. Once you’re off the main road, you can quickly find dirt roads and walking paths. Here the noise of the main ‘highway’ fades away and the sounds of roosters and pigs take over. Orchids grow seemingly in midair on trees. In the humid heat of midday, you are likely to see people napping in hammocks or on their patios after lunch and before returning to work. 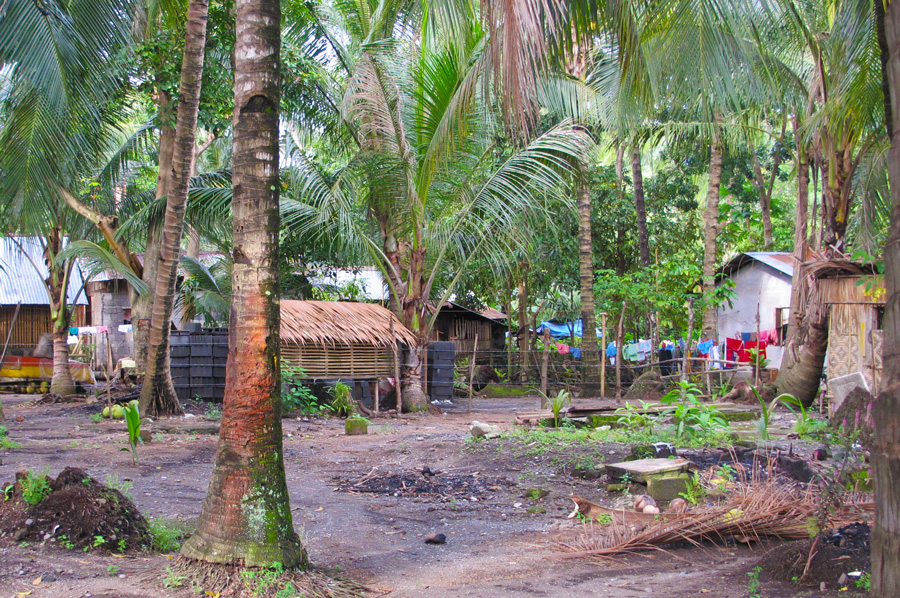 Coming from Manila, with its traffic jams, horns and intense pollution, you immediately notice the fresh air and the density of the foliage around the small town of Salay. Banana, mango and jackfruit trees grow everywhere and when Filipinos travel to Mindanao they often bring home crates of fresh fruit from Mindanao as gifts. The infamous durian fruit, with its overwhelming aroma, is a local favorite.”

Founded in the late 80s, Salay Handmade Paper Industries sought to bring jobs to the Philippines. It took a little while to find the path that would provide the most opportunity for the people in the area, but eventually, they discovered a solution.

The makers at the Salay workshop noticed that certain weeds (such as cogon grass) interfered with farming. Instead of seeing this challenge as a nuisance, they saw it as an opportunity—these kinds of plants were clearly a plentiful material that was inexpensive to obtain. These plants are renewable resources that don’t do harm to the environment or makers who work with them. And they could be made into paper. 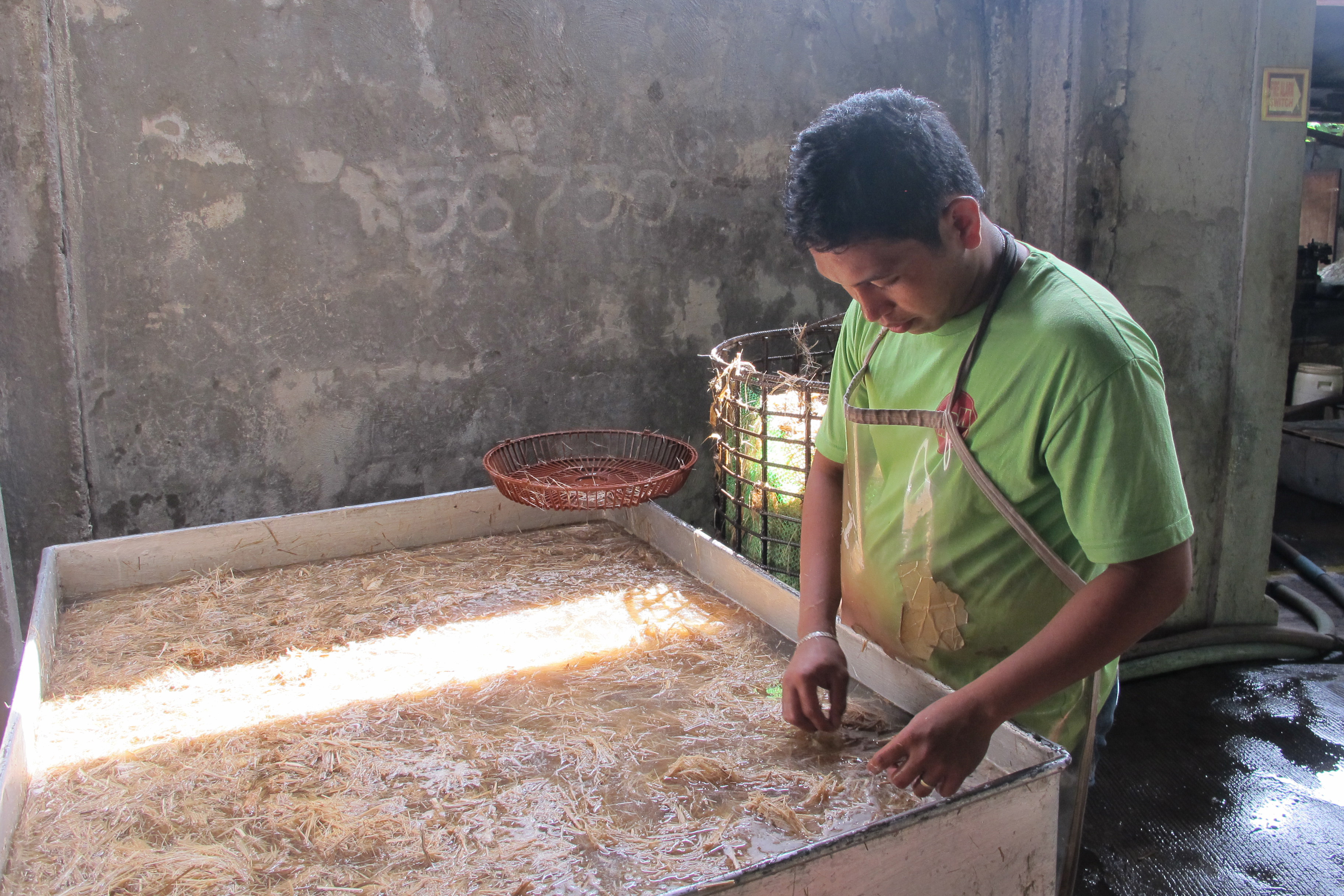 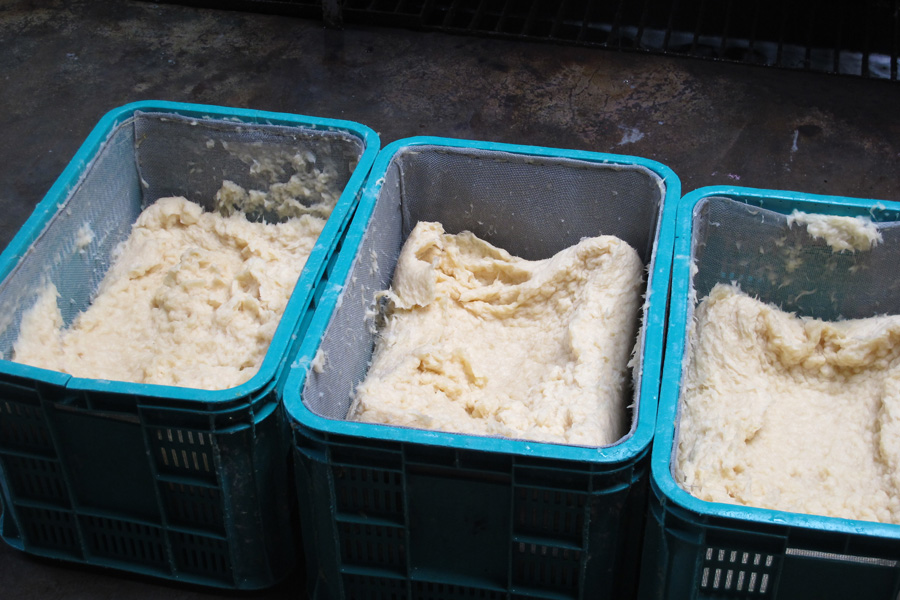 Through the years, the group transformed their focus on papermaking into an expertise. The workshop that at first only produced simple greeting cards became capable of creating more complex items. Technological growth has enabled them to implement such techniques as photo printing and pattern-making. And they have even developed a new tear-resistant paper that they call “Gutsy Fiber.” With the help of design consultancy from the buying team at Ten Thousand Villages, Salay can create products that are marketable to American customers. 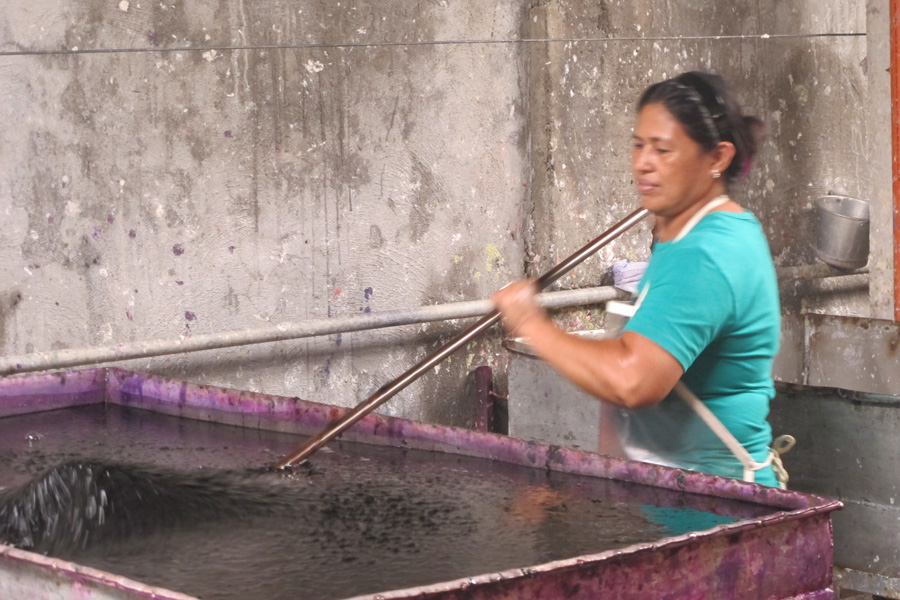 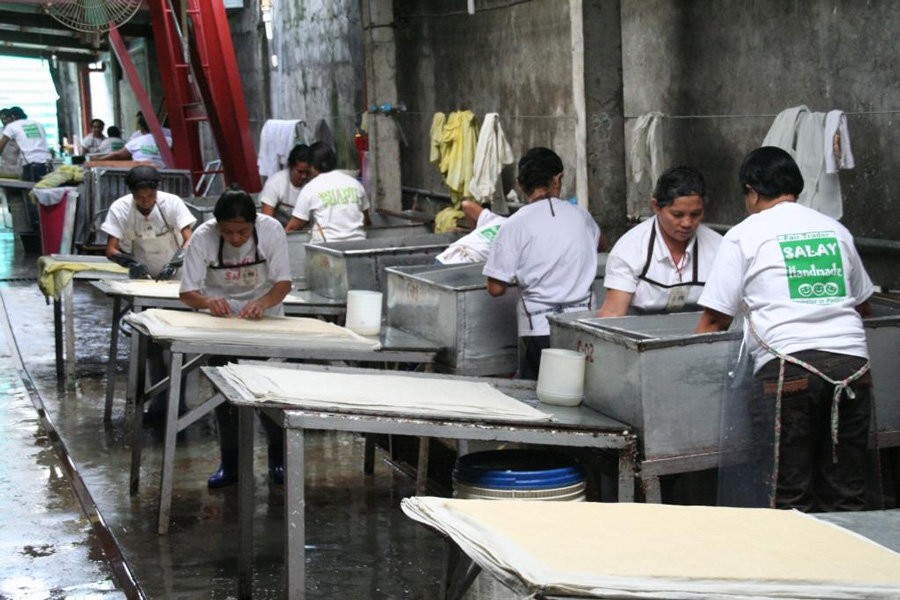 One of the most recent design collaborations resulted in a wallet that features photography from a world away.

Ten Thousand Villages’ buyer for India, Shannon Paris, offered some photos she had taken on a buying trip.

“I am always photographing architectural details, especially the monumental Hindu and then Mughal architectural styles. The weight of history, the evidence of skilled craftsmanship, the precise mathematical geometry all blow me away,” Shannon explains. 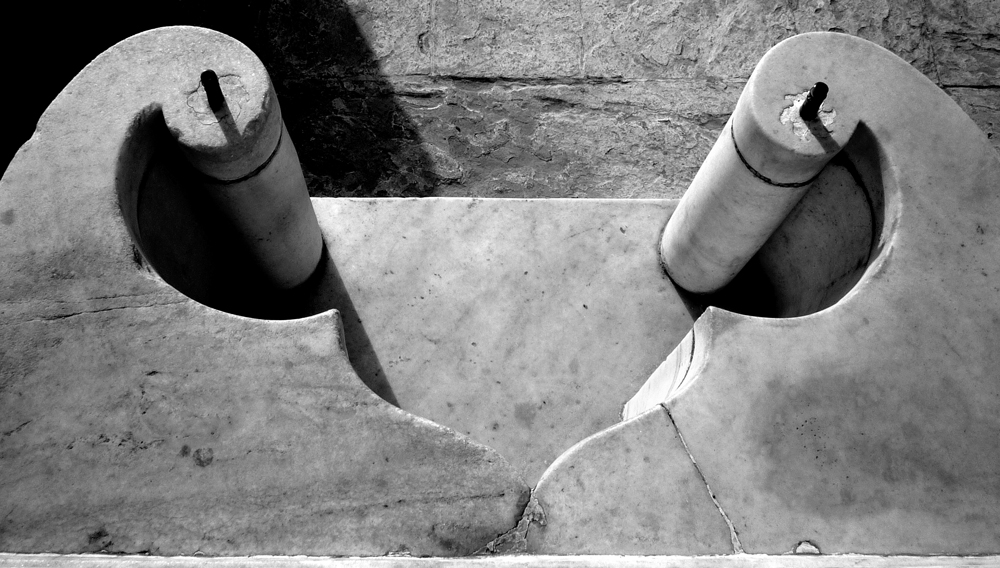 She goes on to tell how the textures and patterns from architecture often inspire designs for new products. In the case of Salay Handmade paper, the link to the ancient buildings was literal, as the group was able to take these photos and put them directly onto the wallet. The photo itself she has titled “Resting Palace,” and is a close-up detail of the edge of a reflection pool in the Agra Fort—which has stood near the Taj Mahal since the 11th century. So the look and feel of the final product is a mix of cultural aesthetics from India, the United States, and the Philippines. 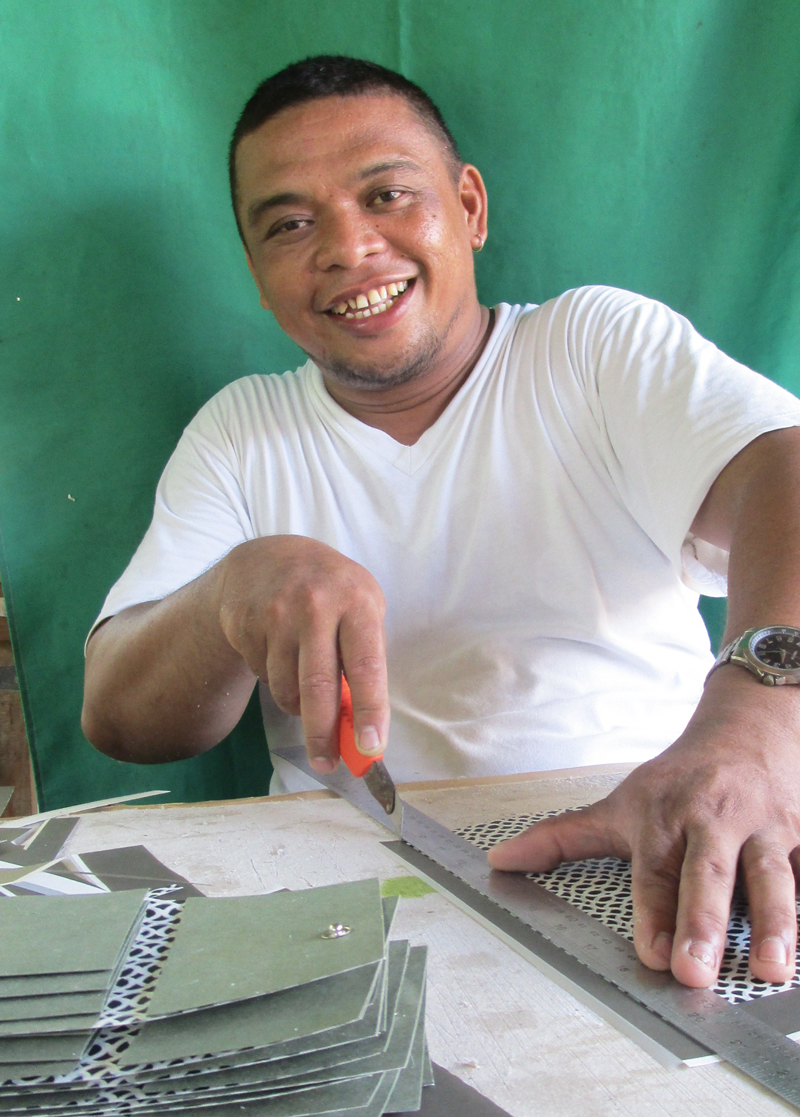 The makers at the paper workshop are given access to learning skills and techniques that they would otherwise have no way of encountering.

One such maker is Renante Salvaña. He has been working at the Salay Handmade Paper workshop for 13 years. 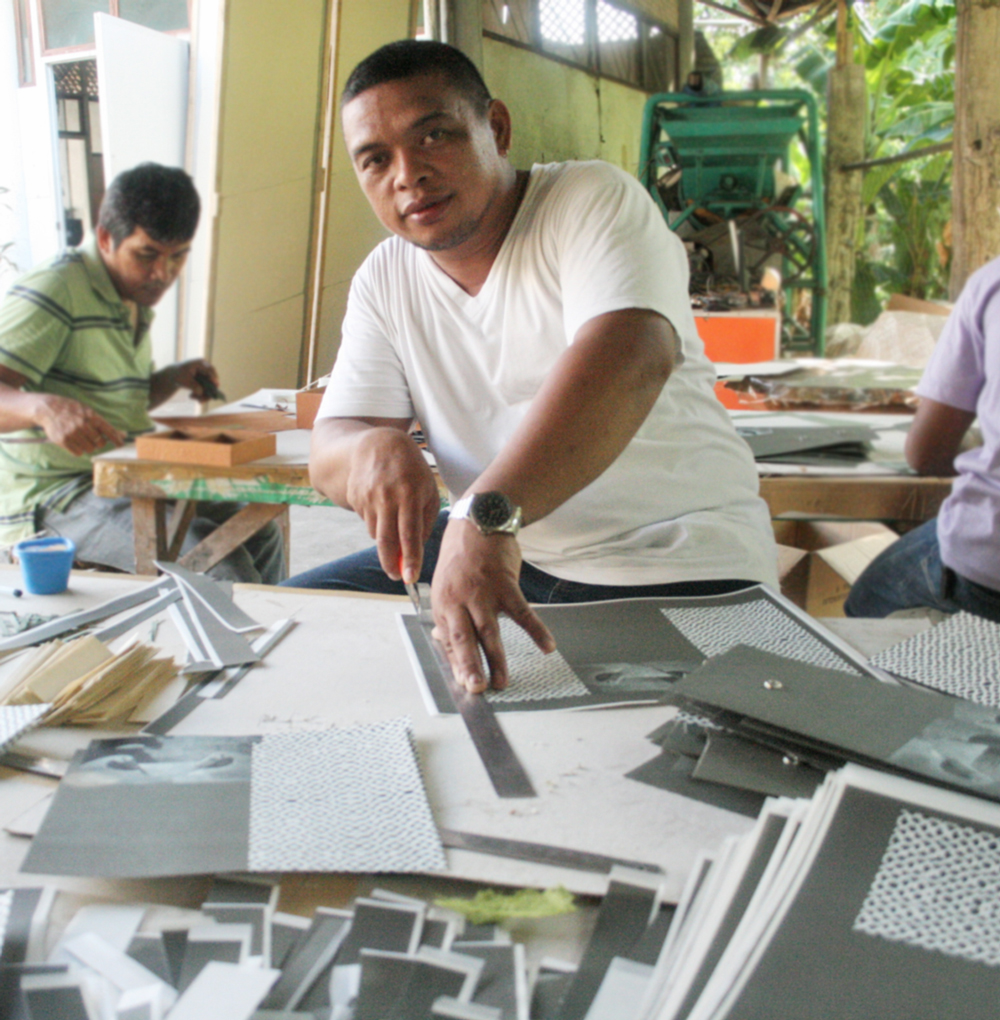 Married at just 19, Renante needed a way to support his family. He worked for a few years as a landscaper, but struggled to make ends meet. When he was 24, a neighbor told him about the paper workshop, and even though he did not have any previous experience in craft-making, he got the job and started his training to learn the required skills like cutting, wrapping, folding, gluing and measuring. And aside from these hands-on skills, he has also learned values and discipline that he is able to apply to other areas of his life.

With the money he earns at the paper workshop, he is able to pay for the basic needs of his family. He has put both of his daughters through school—the oldest just graduated high school, and he hopes that they will both earn their bachelor’s degrees. 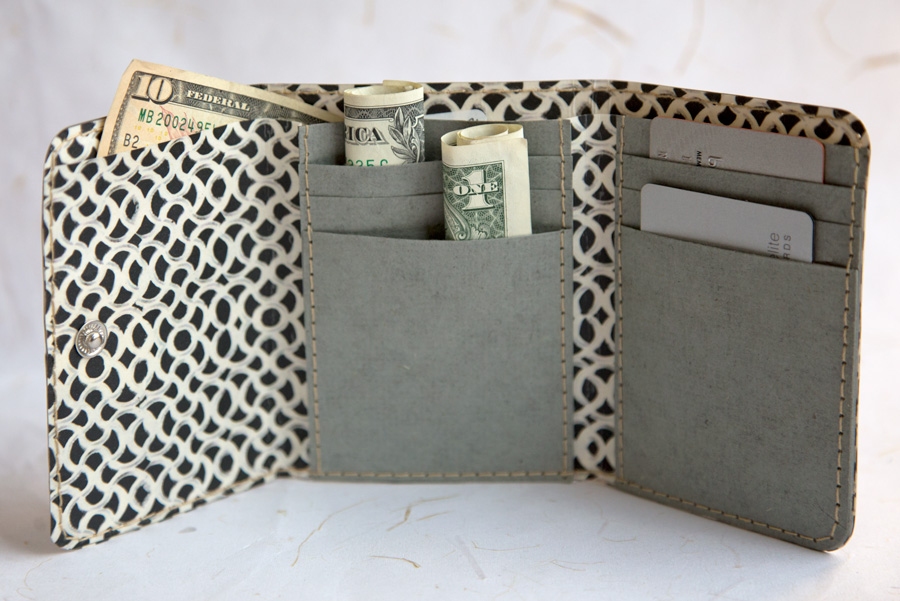 Something as simple as a weed can grow into something so impactful. Something that can be carried around in a pocket can represent people from different corners of the globe: an architect, a traveler, a papermaker… all of their stories, neatly tied up in a wallet.