With a twinkle in his eye, and a bounce to his step, George knows that his work in wire sculpting is better than most.

George started making small model cars and bicycles from wire when he was just 13 years old. He gave many of the finished toys to his seven siblings, and they often played together after school. What creations he didn’t give to his brothers and sisters, he sold as a way to earn money for his family.

As time went on, he realized that he could make his pastime into a career. So when some of his friends left Zimbabwe to seek their fortunes in South Africa, George followed in the hopes of finding consistent employment.

At 23 years old, he aimed to support himself entirely on the money he made from selling wire sculptures, but it wasn’t easy. He often found that he would complete an order for a big export company, only to be paid less than what he originally had been promised. He knew that he had to find better means of marketing his craft. He needed to find an exporter who valued transparency and fairness. So he turned to the African Home artisan group.

I will leave pieces of art as my legacy. 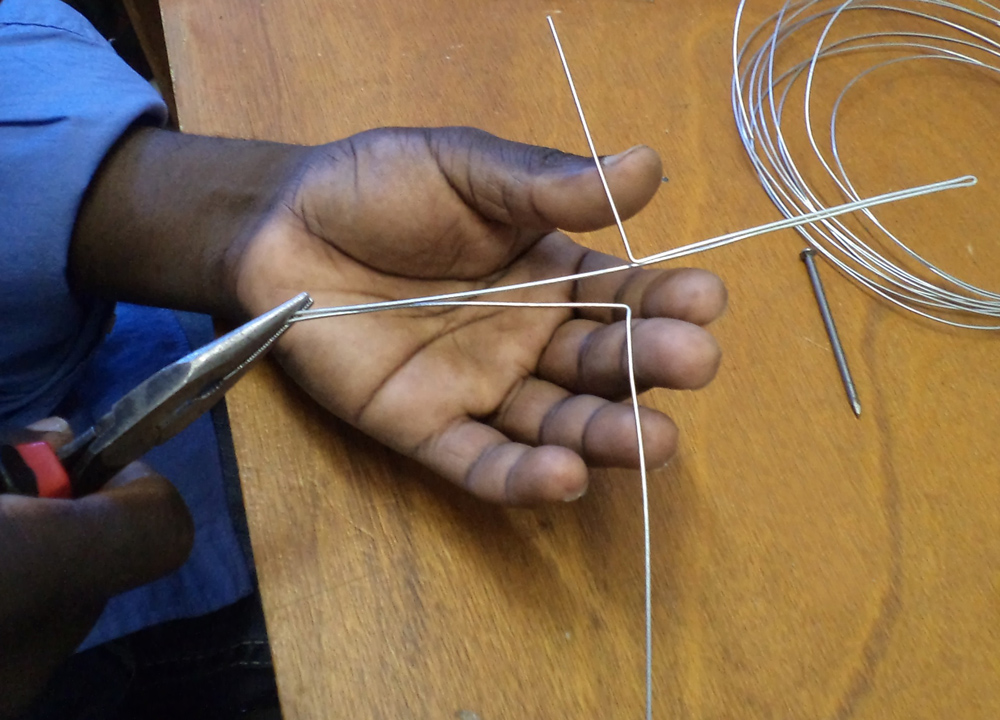 Now 46, George has been working with African Home for four years. He has four children with his wife, and he works hard to provide for his family. But even with all of his effort, he still sometimes struggles to make ends meet. 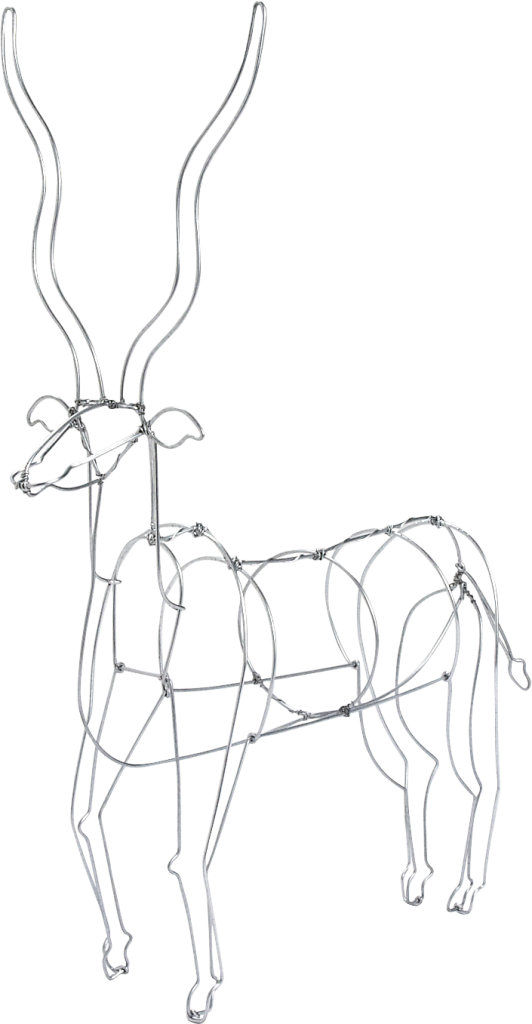 We had an opportunity to ask George about his work in South Africa. “I like to impress clients, so I enjoy working hard,” said George. But he also expressed that more orders for the items he produces would provide him with the extra income he needs to have a more comfortable life.

George has experience in creating large, intricately beaded mirrors and sculptures, but he enjoys making wire animals because they are simple, beautiful, and represent creatures that he holds dear. “Animals are regarded as totems in Shona culture. Conservation is important.”

His latest creations for Ten Thousand Villages are the impala and giraffe, each native to southern Africa and evocative of the iconic savanna landscape. He is proud to support himself by practicing his chosen craft of wire sculpture art. And he is proud to share a bit of his culture with people across the world.