Imagine your workspace is a room with cement walls. There’s debris on the ground, dust in the air, and no electric light for you to work by. The tools and equipment that you need in your workshop to do your job are too expensive and finding another job is not an option. 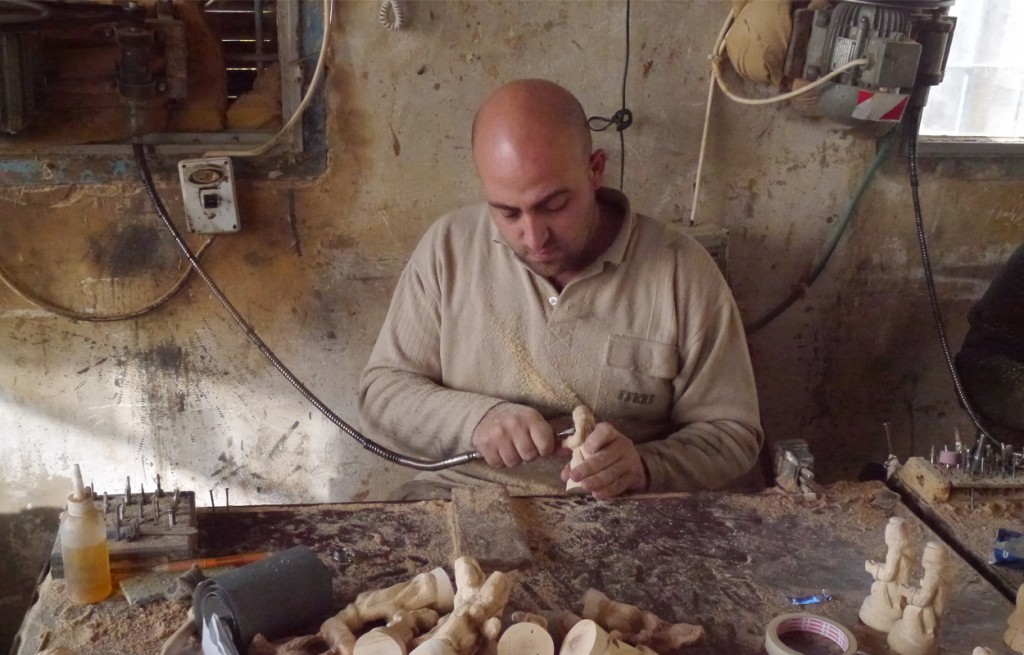 This was the reality for the makers at the family-owned workshop of George and Michael El Atrash. Political unrest in the West Bank has made everyday life increasingly difficult for people trying to live and work in the region. And the efforts of existing relief organizations were not enough. It became clear that additional funds were necessary to make the kind of change this workshop desperately needed. 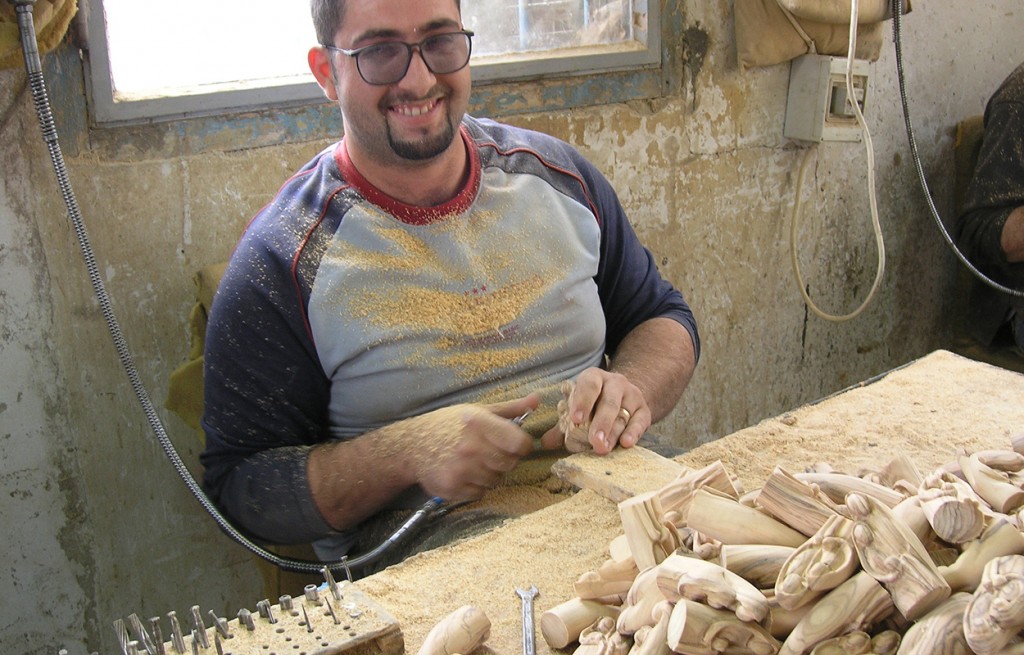 So in the fall of 2014, Ten Thousand Villages partnered with Catholic Relief Services (CRS) to take on a project that would set the stage for success and self-sufficiency for the olive wood carvers in the West Bank. 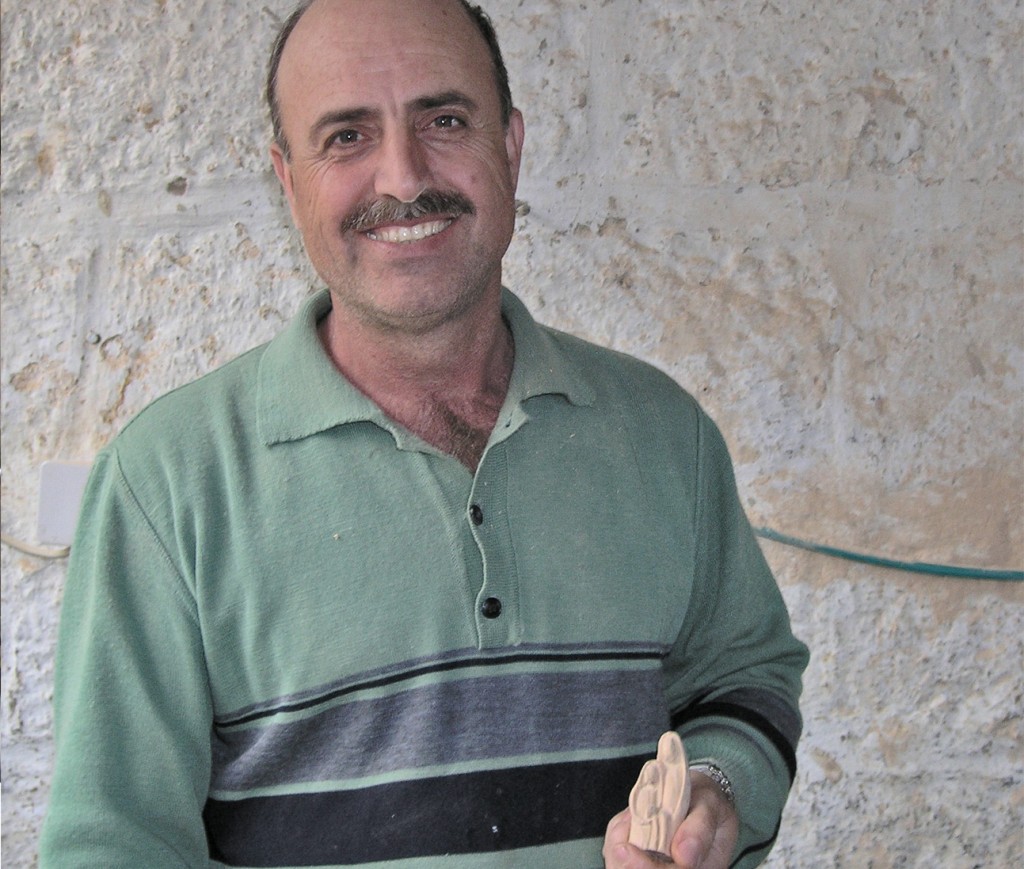 Ten Thousand Villages (both in the U.S. and Canada) contributed funding, while representatives from CRS provided additional funds and coordinated all of the labor and expertise on the ground to refurbish the entire workshop. Ventilation systems were installed, as well as light fixtures. What had once been a dark and damp place without proper ventilation was transformed into a workspace that the makers can be proud of.

Once the work was completed, George stated,

“We are very happy in the new workshop! It’s more healthy, there is light and good places to sit. All the machines are together, and we have an exhaust fan.”

Last year’s partnership sparked enthusiasm and momentum that has resulted in new product design and development. This year, Ten Thousand Villages and Catholic Relief Services are partnering again (along with Ten Thousand Villages Canada and SERRV) in the hopes of achieving that same level of success as funds are raised to rebuild two fair trade workshops in Nepal. 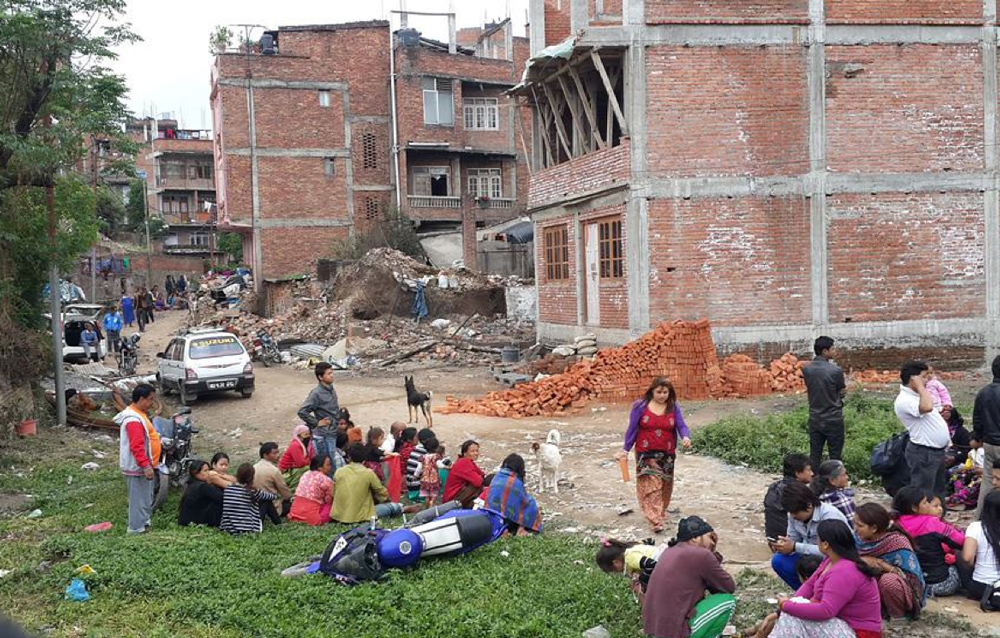 Destruction from the April 25, 2015 earthquake destroyed or damaged 700,000 homes and buildings throughout Kathmandu and the surrounding communities, including the workshops of two artisan groups with whom Ten Thousand Villages has maintained committed and long-term fairly-trading relationships: 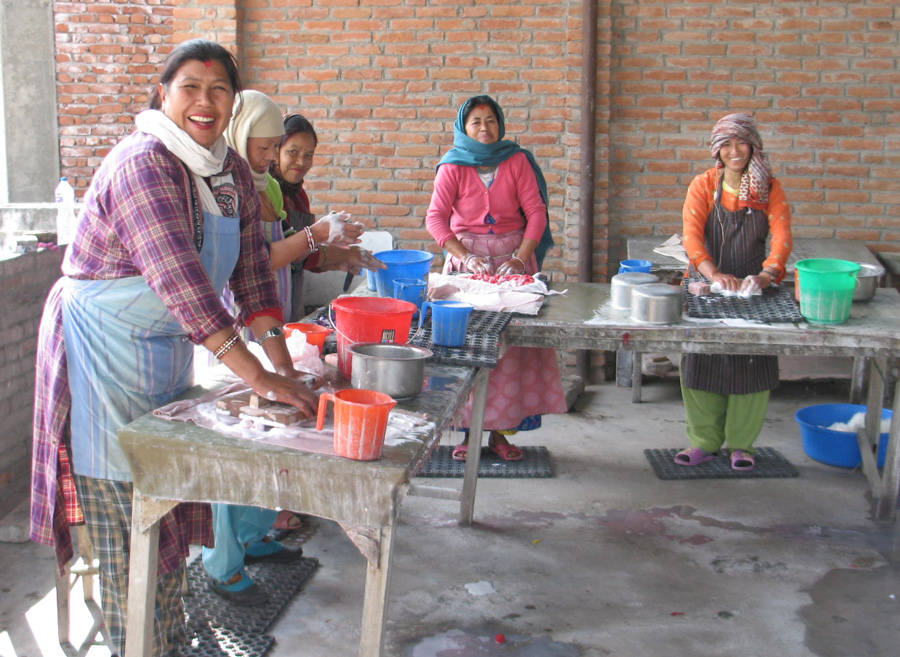 The Association for Craft Producers (or ACP) would like to give makers the chance to return to work by rebuilding their cotton weaving workshop. Located in the village of Lubhu, this workshop produces high-quality textiles crafted with a traditional weaving technique, using simple handlooms. The cotton weaving workshop was extensively damaged.  Looms and tools have been lost or destroyed and artisans have been unable to work.  Many of the artisans of the Lubhu cotton workshop are the only wage-earners for their entire household, so the desire to continue providing for their families has created an added sense of urgency to rebuilding this workshop.

Manushi, likewise, is eager to continue providing meaningful work and daily routine to the makers at their jewelry workshop in Annapurna. This jewelry workshop is operated out of the family home of two sons, two daughters-in-law, and uncle and his wife. Two of the women were injured in the earthquake, but have recently been discharged from the hospital. Since their workshop is also their home, it is imperative that the building be repaired to a safe and habitable state as the victims recover and resume their livelihoods.

So far, through their fair trade fund, CRS has contributed $5,000 to each group for the rebuilding efforts, and Ten Thousand Villages Canada has contributed an additional $5,369 to the reconstruction work for ACP’s Lubhu Cotton Weaving Workshop.  But much need remains.

These two projects, once completed, will help restore normalcy to the craft producers who rely on the steady income of their jobs to survive and support their families. By rebuilding workspaces for these two artisan groups, we will also rebuild self-sufficiency and hope for the people affected by this devastating natural disaster.

To get involved in this project, all you have to do is shop at Ten Thousand Villages (online or at your local store) on Friday, October 16, 2015. Let your sales associate know that you would like to support this cause and a percentage of your purchase will be donated to the CRS Fair Trade Fund.